trending celebrity people lifestyle news animals
Remember The Time When Girls Were Not Allowed To Wear Pants to School? Here's Why It Was Done

Remember The Time When Girls Were Not Allowed To Wear Pants to School? Here's Why It Was Done

It was considered to be "unfeminine" for women to wear pants, which was, by the 19th century already widely accepted as men's wear. 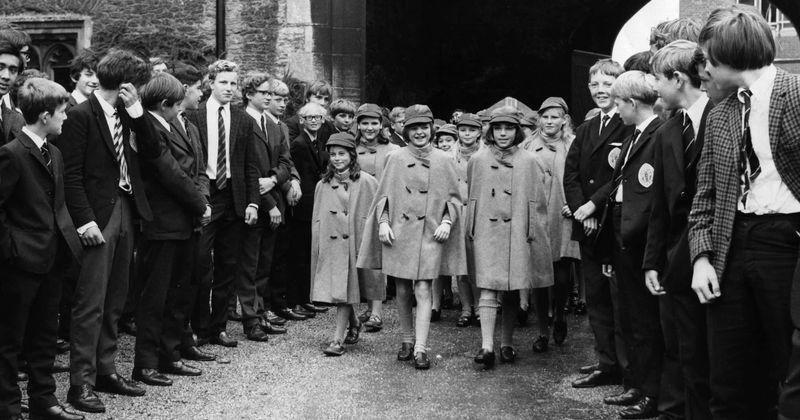 It is hard to imagine a time when wearing pants for women was not an option. Moreover, this was strictly enforced in schools where girls were banned from wearing pants. It would be unimaginable today to have such meaningless restrictions on the fashion choices of young girls. Not that it stops people in authority from doing it anyway. It was not until the 1960s that it was socially acceptable for women to wear pants, thanks to the women's right movement that made it possible. Before this, however, women had only two options to be "appropriately" dressed. They could either wear skirts or dresses.

The purpose of keeping the option of pants closed to girls was not based on rationality as much as it was based on "tradition." It was considered to be "unfeminine" for women to wear pants, which was, by the 19th century already widely accepted as men's wear. Women were still required to cover their legs but they were prohibited from covering them individually. Much like many other inane "traditions," the no-pants rule was also attributed to the Bible. Gayle Fischer, an associate professor of history at Salem State University and author of Pantaloons and Power: A Nineteenth-Century Dress Reform in the United States, brought to light this justification when she spoke to NPR in 2017.

Deuteronomy 22:5 states: A woman must not wear men’s clothing, nor a man wear women’s clothing, for the Lord your God detests anyone who does this. There is no mention of "pants" in particular here. Fischer said, "So everyone knows that men have always worn pants—even though of course that’s not true." There have been accounts of ancient Amazonians who wore pants while riding into battle. Adrienne Mayor, a classics scholar at Stanford University stated that the nomadic horse-riding tribes who were spread across Eurasia, the Scythians, were likely the inventors of pants.

"The men and women dressed the same, they had the same skills," Mayor told Quartz. The Amazonians and the Scythians were warrior tribes who set precedent to pants because of their utility. Persians and Romans adopted the use of pants while the Greeks made fun of the garment and called it "effeminate" because women could wear them as well. Pants were practical and protected the wearer while also allowing easy movement. But centuries later, the thought of women wearing pants became controversial. "If a woman came to my office 15 years ago wearing pants," Dr. Mildred Newman, a well‐known psychoanalyst told The New York Times in 1977, “I regarded it, in true Freudian tradition, as behavior to be analyzed.”

In 1969, Rep. Charlotte Reid (R-Ill.) became the first woman to wear trousers in the U.S. Congress, according to Planet Sweet Pea, and girls in schools across the nation rejoiced as they were finally able to "put one leg in and then another, zip or button up." Even in cold weather, girls were not allowed to cover up indoors. They were allowed to wear pants under their skirt during their commute to school, which then had to be removed. "I grew up in South Dakota where it’s really cold, and we were not allowed to wear pants to school," Mayor also stated.

Even as recent as 2019, girls are still fighting for their right to choose the clothes they can wear. Hannah Kozak, a senior at a Pennsylvania high school, was disappointed and disgusted to see dress code restrictions on girls, prohibiting them from wearing pants. The 18-year-old senior challenged the school board to reverse this outdated rule. On the other hand, educational institutions are still dictating what a girl student can and cannot wear. In 2018, a mother from North Carolina also set out to change the school policy and give girls at the school the option to wear pants or shorts, if they wanted to switch it out from the standard skirt.

Her school prohibited girls from wearing pants at graduation. So she fought back. Washington Post Hannah Kozak, 18, and other girls were required to wear a dress or skirt to commencement. pic.twitter.com/3jWO4y6G6f