Authorities have so far arrested all of the 13 participants of the plot with six of them federally charged with conspiracy to kidnap. 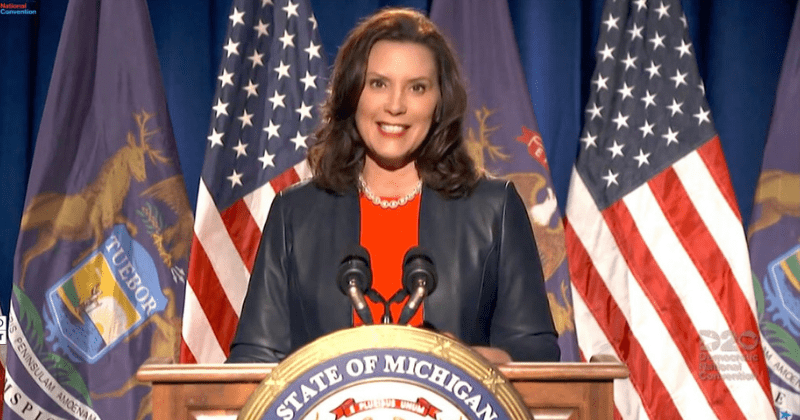 In what is one of the most shocking and daring instances of an alleged domestic terrorism plot, a group of 13 people devised an elaborate plot to kidnap Michigan Democratic Gov. Gretchen Whitmer. As per news confirmed by federal and state officials, the scheme had plans to overthrow several state governments which they judged were "violating the US constitution", of which Michigan and Whitmer was one, a federal complaint has revealed, as per CNN. Authorities have so far arrested all of the 13 participants of the plot with six of them federally charged with conspiracy to kidnap, while seven others, who were part of Wolverine Watchmen, a militia group, were charged by the state.

Speaking at a press conference, Dana Nessel, Michigan Attorney General, said: "The individuals in (state) custody are suspected to have attempted to identify the home addresses of law enforcement officers in order to target them, made threats of violence intended to instigate a civil war, and engaged in planning and training for an operation to attack the capitol building of Michigan and to kidnap government officials, including the governor of Michigan." The arrest comes at one of the worst possible times as the country is inching closer to the 2020 Presidential election in less than a month's time as it has the potential to draw undue attention and give rise to political tensions across the country amid election season.

Michigan Gov. Gretchen Whitmer says the attacks lobbed at her by Trump's reelection campaign after authorities announced they foiled a plot to kidnap her "tells you everything you need to know" about the difference between the President and Joe Biden https://t.co/w4tp66w0HS

The issue is quite alarming too considering how threats of extremist and far-right groups have surged significantly in recent times with groups tracking extremism suggesting a rising trend. Whitmer has been hugely condemned at times in recent months for her strong action taken towards curbing the pandemic by locking the state down. The 49-year-old lawmaker spoke to media on Thursday and thanked law enforcement officials for making the arrests. In conversation with Erin Burnett of OutFront, she said: "This is unlike anything we have seen before. The brave men and women of these two police organizations put their lives on the line to keep me and my family safe. I'm incredibly grateful and humbled by the work they do."

Whitmer also highlighted in several televised speeches that although she "knew this job would be hard," she never assumed something so deeply chilling to happen in the country. According to The New York Times, she said: "...I'll be honest, I never could've imagined anything like this," before blaming Donald Trump for his failure to condemn far-right groups. "Just last week, the President of the United States stood before the American people and refused to condemn white supremacists and hate groups like these two Michigan militia groups," she stated. "'Stand back and stand by,' he told them. 'Stand back and stand by.' Hate groups heard the President's words not as a rebuke, but as a rallying cry, as a call to action. When our leaders speak, their words matter. They carry weight."

The White House however dismissed Whitmer's criticism and said the Michigan governor is "sowing division." In a statement, Press Secretary Kayleigh McEnany said: "President Trump has continually condemned white supremacists and all forms of hate. Governor Whitmer is sowing division by making these outlandish allegations. America stands united against hate and in support of our federal law enforcement who stopped this plot." The names of the people charged by the federal government are as follows: Ty Garbin, 24, Adam Fox, 37, Daniel Harris, 23, Kaleb Franks, 26,  Brandon Caserta, 32, and Barry Croft, 44, all of whom are Michigan residents. Meanwhile, the seven people charged by the state are Shawn Fix, 38, Paul Bellar, 21, Michael Null, 38, Eric Molitor, 36,  William Null, 38, Pete Musico, 42, Joseph Morrison, 42, who is all set to face a host of charges including firearm and domestic terrorism.

President Trump hit out at Michigan governor Gretchen Whitmer late Thursday, after she blamed him over a plot to kidnap her, despite the fact that the Feds and the DOJ foiled the plot. https://t.co/oKl8RjEMft