trending celebrity people lifestyle news animals
This Homemade Oven Cleaner Is Better Than Expensive Brand Ones, & You Already Have The Ingredients

This Homemade Oven Cleaner Is Better Than Expensive Brand Ones, & You Already Have The Ingredients

Amanda Cole shared this concoction on Facebook where it went viral 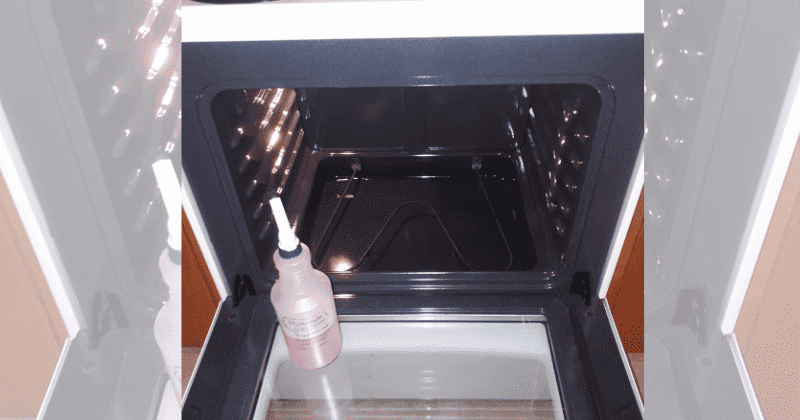 When it comes to cleaning your home, we can all attest to it being a tedious yet essential task. What's more, is the amount of money spent on numerous kinds of cleaners that don't quite live up to its claims. One of the hardest things to clean among household appliances is the oven.

Fed up with some of the useless cleaning products, Amanda Cole devised her own oven cleaner. She claimed that this product was not only effective but could be made using easily available household items. Since being shared on her Facebook page, the post has gone viral. It has been liked over 80,000 times, has over 500k shares, and received 1,300 comments. Cole said she got the idea from a Pinterest post on the homemade oven cleaner and was "sold on it." She said the product was so effective that she would "never buy another oven cleaner again" since it worked wonders. So what is this miracle agent? She wrote that all one requires is: "1/4 cup dish soap, 1/2 cup lemon juice, 1 cup vinegar, and 1/4 cup water."

Combine all these ingredients into a spray bottle and shake thoroughly, and voila, your cleaner is ready. Then spray this concoction in your oven and let it rest for a while. Do not wipe it immediately. It was "hardly any effort" to clean the oven she said.  One commenter, Sylvia Benoit who tried it was amazed at the results and wrote:I tried it I will never by oven cleaner again and it's also good for cleaning wonders and an all purpose cleaner been using this for 5 years now been around for years. Others like Sherry Bernard suggested adding more ingredients to make it more effective.

She wrote: Try mixing 2 cups of baking soda, 1 cup of vinegar and a 1/4 cup. Blue dawn dish soap, add the vinegar slowly , put it all over the inside of the oven, I let mine sit for about an hour, there is some scrubbing involved and you may have to do tougher areas over but this is a great mixture and can be used in bathrooms, stove tops, counters, I eve add this to my water for washing floors, smells great too, hope this helps.

There are various other similar DIY cleaning remedies for ovens. Pop Sugar recommends using the following common household ingredients to get a sparkly looking oven. According to them, you require "¼ cup liquid dish soap;½ cup baking soda;¼ cup hydrogen peroxide; Zest of one lemon;1 tablespoon vinegar; scrub sponge and paper towels." They add, "Mix together the ingredients until it resembles thick glue." Remove the racks, and use the mixture to coat the oven including the door using a sponge or paper towel. Don't start scrubbing yet no matter the temptation. It's best to let it rest for at least four hours.  Then open your oven and use a damp sponge to remove the cleansing agent, and you can scrub the nooks and crannies a bit. A bucket of warm soapy water will be handy for this. Then set your oven to self-clean, and in an hour's time you will have an almost new looking oven.