The French bulldog won by a landslide with a record 13,143 votes in the fundraiser 'election' held in the small community once every four years 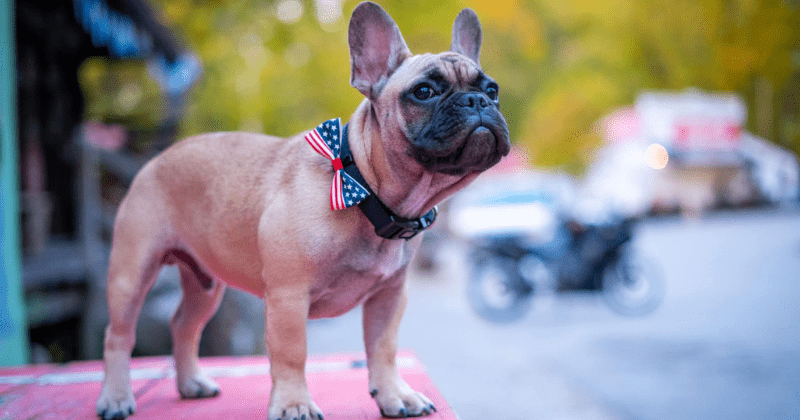 When they say politics has gone to the dogs, this is not what we would expect. A dog has been elected as the new "mayor" of a town in Kentucky. In fact, if this is what it meant, we would not mind everything going to dogs. While America waits on the vote counting to be finished so the next President can be announced, the people of Rabbit Hash, an unincorporated community along the Ohio River are celebrating the election of their new canine mayor. His name is Wilbur Beast and he won by a landslide, reported Lexington Herald-Leader. Very unlike the Presidential election which is currently nail-bitingly close.

The election is actually a fundraiser and has been a longstanding tradition in the community. Residents cast their votes by donating to the Rabbit Hash Historical Society. One vote is $1 and Wilbur the French bulldog won a record 13,143 votes. The society announced the winner on their Facebook page and even noted how this year, they received the highest total ever for a Rabbit Hash election with a whopping 22,985 votes. Jack Rabbit, the beagle, and Poppy, the golden retriever were runners-up and came in second and third at 2,936 and 2,417 votes respectively. They are both now the Rabbit Hash Ambassadors along with Ambassador Lady Stone, who will retain her position. Ambassador Lady Stone is a 12-year-old border collie.

WLWT reports that this Boone County river community has elected a dog mayor since the late 1990s. Just like the real elections, once every four years in Rabbit Hash, residents can “vote” for their favorite canine candidate. They do this by donating to the Rabbit Hash Historical Society. There is a historic general store in Rabbit Hash that dates back to the 19th century, which was tragically destroyed in a fire in 2016. The store has since been rebuilt with the money raised from these mayoral “election” fundraisers. Now, as mayor, Wilbur hopes to continue to raise money through donations to the Rabbit Hash Historical Society and many other causes, including mental health and breast cancer.

Wilbur's campaign raised a total of $6,165 and with the election managed to raise a total of $13,156. “It’s an exciting adventure and a deeply meaningful cause to preserve the river hamlet town of Rabbit Hash, Ky.,” Wilbur's human and spokesperson, Amy Noland told Fox News. “The town welcomes visitors and will continue to provide fun events for all ages, to come to experience the nostalgia and charm we have to offer.” Noland further thanked both Wilbur's local supporters as well as others from around the world who gave him the vote of confidence.

Wilbur is succeeding Brynneth Pawltro, who is a rescue pit bull mix. Brynneth served as mayor the last term, and now Wilbur will follow in her pawprints. Taking to his official Facebook page, Wilbur stated: Mayor Wilbur here! I got to meet so many lovely people in the last 24 hours..and I can’t wait to meet so many more. I am humbled and beyond thankful for all of the support from far away and right here at home. Goes without saying that this is the most adorable mayor ever and all of us want Wilbur to be our mayor as well.

But what are the qualifications for a canine mayoral candidate anyway? The Independent reports that the challengers must be able to chase a rabbit from their home to Rabbit Hash town center within an hour. Sounds about apt for the town.

The first-ever elected canine mayor in Rabbit Hash was Goofy Borneman-Calhoun. He became mayor in 1998 for a four-year term but was unable to complete it. He, unfortunately, passed away in July 2001 at the age of 16.