It only needs one ingredient and it is foaming menthol shaving cream. 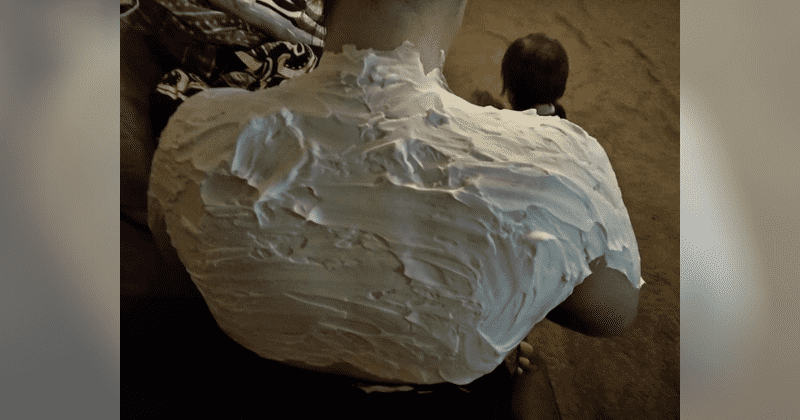 This year, a lot of us did not get enough sun. Summer of next year, however, seems so far away to get the sun-kissed skin we had to forgo this year. Keep in mind, the most important rule of sunbathing is to make sure you use plenty of SPF. However, sometimes it's just not enough and a bad sunburn is what you end up with. Even just stepping out in the hot summer sun can sometimes cause a bad sunburn. And we all know how painful it is to endure. Now, this Facebook user has a miracle fix to handle the sunburn and she decided to share it with the world.

In a long post on Facebook explaining how to get rid of sunburn quickly, stay-at-home mom Cindie Allen-Stewart wrote, I recently told a friend about a sunburn treatment that works wonders! She told me she had never heard about it, so I figured I'd make a post because I was sunburned recently. Usually, it takes just a couple of days from start to finish, but this takes the heat out of it fast and makes it more comfortable on you. I found out about this from my husband. His mom used to do this to him when he ended up with a sunburn. It only needs one ingredient and it is foaming menthol shaving cream.

Allen-Stewart went on to state: It has to be the foam and it has to have menthol in it. She used Gillette shaving cream for her sunburn. She purchased six cans from Amazon since she is a resident of Texas and sunburns are a common occurrence there. The family also generously gave a couple of cans to friends who needed it. She then went on to explain, Apply the shaving cream on the burn. It may seem like it's a strange shaving ritual, but trust me! Don't rub it in, just let it sit on your skin. It will start bringing all that heat out (you'll be able to feel it). You may feel like you are itchy too, but that's a good thing! Itching means healing.

She continued: Then, after about 30 minutes, the shaving cream will seem like it has dissolved in spots. It will seem like it's not as moist and a little dried out. You will feel as if you're becoming a little cold, at least on the sunburned part of your body. THAT IS A GOOD SIGN! Next, rinse it off in a lukewarm or cool shower or bath. It's just to get the residue off. Finally, if you still need it, do it again the next day. Usually, after that second treatment, the sunburn disappears. She even attached pictures of her own sunburn healing process and there was a stark difference in just three days. If you still have your doubts, Allen-Stewart said that her mother-in-law passed on this knowledge after learning about it from a doctor more than 40 years ago.

It is also a great alternative to try if someone is allergic to aloe, which has proven to have a cooling effect on sunburns. Which also happened to be the case with her husband. She wrote, My husband can not use aloe. He has said it feels like acid on his skin. There are people with an allergy to aloe. I have used aloe myself and it does soothe. However, I love this method because it works so fast. Seriously, lather, wait 30 minutes, rinse. The next day reapply on stubborn parts if necessary (and it's not always necessary), wait 30 more minutes, rinse, and done!

Allen-Stewart did not expect the post to blow up and be shared over 234k times on Facebook. After receiving comments criticizing the method she had to clarify and state: I stand by this method. If you want to try it, go for it! If not, that's fine too! I just figured I'd help my friends out a bit to show them the way I use. I have used it for about 10 years and have never had an issue with it. I always get the same result. She also encouraged people to wear sunscreen since too much sun exposure can be dangerous and lead to cancer.