One of the brothers is also accused of raping a teen few years ago. 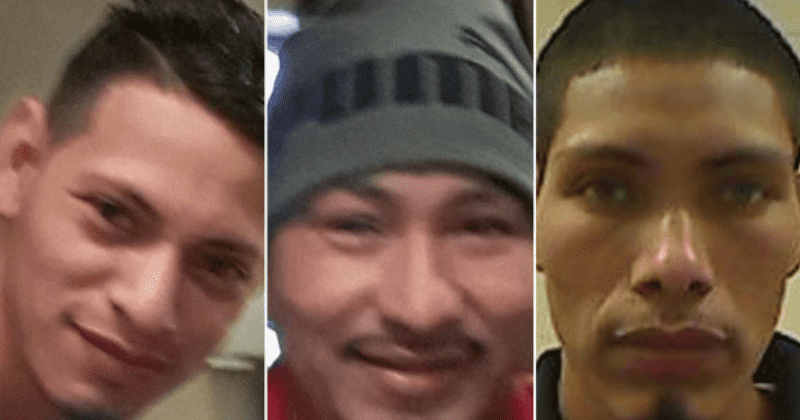 Trigger Warning: The story has details of child rape and assault that readers may find disturbing

A pair of twin brothers and the third brother, all in their 30s, are suspected to have broken into a bathroom and raped a 10-year-old girl. The three men were known to the victim's family. The incident took place on September 9 when she was left alone with them at her home in Kenner, Louisiana, according to KHOU. It was then that 35-year-olds Raul and Wilmer Paz Perez and 31-year-old Elder Paz Perez made sexual advances towards the child. They offered her money to let them have sex with her. However, she refused. It got to a point where they became so persistent that the poor girl had to lock herself up in the bathroom to escape them. While the twins are in police custody, the main accused in the case, Elder, is still at large.

HORRIBLE: Police in Louisiana say three brothers are accused of raping a 10-year-old girl after forcing their way into a bathroom where she was hiding. One of the suspects is still on the run. https://t.co/dyq939bvOV

Raul and Wilmer are presently at the Jefferson Parish Correctional Center in Gretna and are being held without bond. When being interrogated, they gave very conflicting versions of what took place on the day of the crime. They are charged with first-degree-rape of a victim under the age of 13, said a release from the Kenner Police Department. The police are on the hunt for Elder and are also appealing to members of the public with any information on him to come forward and inform them.  Elder also has a second rape allegation in a related case, according to the police.  Lieutenant Michael Cunningham from the Kenner Police Department told The New York Post: “We don’t know where he is. He may be out of state.” The report also highlighted that the Elder is the girl's mother's boyfriend.

They now have death sentences in prison, without even receiving one. Great!

All three brothers had been living with the girl and her family, which included another female, a 15-year-old girl who is believed to be the sister of the victim.  On the day of the crime, when the girl locked herself up in the bathroom to avoid their advances, one of the brothers broke inside. After which all three entered the bathroom and then raped the girl.  “After defeating the lock, the three entered the room, undressed the victim, held her down and sexually assaulted her,” said the Kenner Police Department in a statement.  Only when the girl told a relative about what had happened a few days later was the rape and assault reported.  Raul and Wilmer were arrested later in the day, right after the girl's allegations came to light.

Death penalty for these people. Where was the mom tho? Why do women continue bringing man in to their homes, when they should be taking care of their kids instead of dating!!!

The report also highlighted that the other rape allegation related to Elder was in regards to the 15-year-old sibling of the victim. Presently, the Kenner police department's detectives are also looking into this accusation as they probe the rape of the 10-year-old.  The 15-year-old girl had allegedly “made a disclosure” to investigators about an incident involving Elder a few years earlier, according to Cunningham. The police are also interrogating the two other stepsiblings of the girl to know whether or not they may have been abused and victimized as well, Cunningham added. Raul and Wilmer Paz Perez are originally from Honduras and were staying illegally in the US. Immigration and Customs Enforcement detainers have also been placed on them.

They better settle in for the long haul. They’ll be doing some time. Louisiana will not look kindly on them. And their stay in the big house will be filled with all sorts of excitement.