The mom added that even her five-year-old, her puppies, and husband eat the same way. 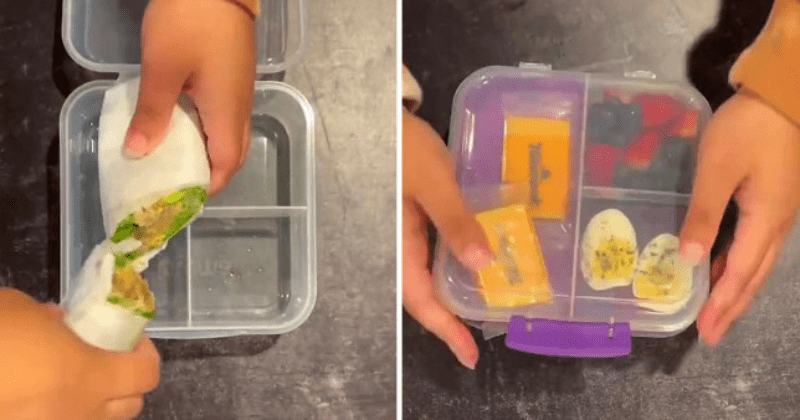 The keto diet is a low carb, high fat diet which involves the exclusion or reduction of carb-based foods like grains, sugars, legumes, rice, potatoes, candy, juice, and even most fruits, reports Healthline. The diet will include more foods like meat, fish, eggs, butter, nuts, healthy oils, avocados, and plenty of low-carb veggies. Now one mom is facing backlash for putting her kids on the keto diet. "My 11-year-old daughter is keto," said House of Keto influencer Abby Durlewanger in a TikTok video posted in June. The meal consisted of a lettuce wrap with shredded chicken, cheddar cheese and cilantro-lime crema sauce, and on the side, she added berries as well as watermelon—which Durlewanger says will be a “nice surprise” because it has more “carbs and sugar” than the family normally eats. She also added a hard-boiled egg and two slices of cheddar cheese. “Our entire family eats this way,” said Durlewanger, “including our 5-year-old, our puppies, and my husband.”

In one video, Durlewanger explained what she fed her dogs saying that she makes their dog food from scratch using a mixture of blueberries, cheese, chicken, and capsicum seasoned with turmeric, chia seeds, and basil. In the video, she said, “Usually I will add some coconut oil or some butter to the turmeric to make a paste to add more fat,” Durelwanger said.

Reply to @cassidyynoellee We also use a ketogenic kibble! ##keto ##lowcarb ##sugarfree

Sure enough, the videos have received a lot of comments. TikTok user @Rutherfordsistaz shared in a comment on Durlewanger’s lunchbox video: This is for weight loss purposes. Not sure kids should be on this, actually, I am sure they shouldn’t be. According to Comic Sands, Durlewanger argued "it is entirely possible to be keto and lose absolutely no weight." She added it was "entirely possible to be keto and gain weight, or "stay absolutely the same." Some dieticians do not recommend the keto diet for children and young teens because "it seriously limits carbohydrates, and children need carbs to be mentally and physically active," according to Children's Health. Registered dietitian Kathy McManus, director of the Department of Nutrition at Harvard-affiliated Brigham and Women's Hospital said,  "The keto diet is primarily used to help reduce the frequency of epileptic seizures in children. While it also has been tried for weight loss, only short-term results have been studied, and the results have been mixed. We don't know if it works in the long term, nor whether it's safe." Another expert registered dietitian Rachael Hartley previously told Insider that low-carb diets for kids are concerning if done without proper precautions and the help of an expert. Healthy eating habits for kids should include whole foods and produce, she said. "It can be safe but it's incredibly risky, especially when not monitored by a professional," Hartley said.

According to news.com.au, Durelwanger has responded to the criticism online, saying that she “never said our daughter was ‘on a diet’ in our video” and it was about eating a “healthy diet not full of sugar.” The mom also claimed that her child’s doctor was aware and approved of their daughter’s diet. As for those demanding the kids' medical records. she replied, “Just because we share what we eat, doesn’t mean you’re entitled to our children’s private medical records. It’s our choice to share or not share.” The mom-of-two  also said her children were able to have “treats”, explaining, “My kids will eat a few pieces of each thing, and then that’s it, we’ll move on we’ll go back to our regular everyday schedule.”

this is the kinda diet that causes ur child to binge on unhealthy food behind ur back. also carbs can be healthy and it's counterproductive to deprive ur child of it :/