trending celebrity people lifestyle news animals
For Tina Turner And Husband Erwin Bach, It Was Love At First Sight: "I Knew A 'Soul Has Met'"

For Tina Turner And Husband Erwin Bach, It Was Love At First Sight: "I Knew A 'Soul Has Met'"

"We met at Cologne Airport — actually it was Düsseldorf Airport [in Germany], and her manager Roger [Davies] asked me to pick up Tina," Bach recalled. 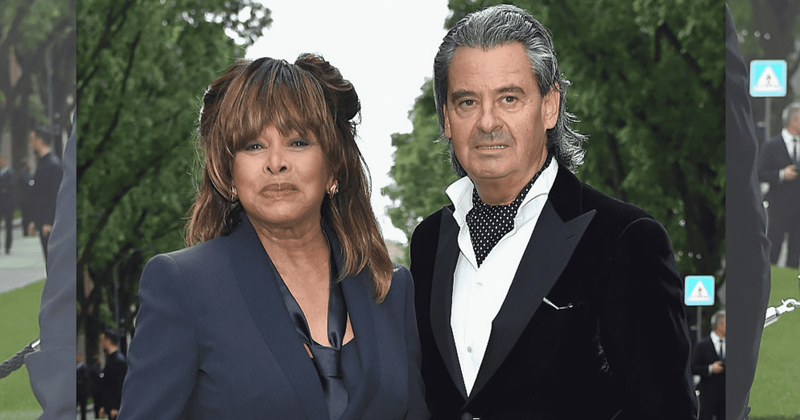 Tina Turner has welcomed fans into her world with Tina, a tear-jerker of a documentary that gives us an insight into the life and world of one of the most iconic names in American music. Although Turner earned the Queen of Roll 'n' Roll honor for her contribution to music, she had anything but an easy life. Throughout her career, she had to deal with mental and physical abuse her ex-husband and band-mate Ike Turner put her through, and she had to nurse the wound for decades till she finally found solace in her husband Erwin Bach.

In the documentary streaming on HBO Max since March 27, Turner talks extensively about Bach and says it was love at first sight when she laid her eyes on him. A record executive for a European record label EMI, Bach was sent to greet Turner at Dusseldorf Airport during one of her visits to Germany in 1986, and thus began a lifetime of courtship between the two. "We met at Cologne Airport — actually it was Düsseldorf Airport [in Germany], and her manager Roger [Davies] asked me to pick up Tina," Bach says in the clip. The scene cuts to Turner and she narrates her first interaction with her partner and husband of over 30 years.

With a smile on her face, Turner recalls, according to PEOPLE: "He was [16 years] younger [than me]. He was 30 years old at the time and had the prettiest face. I mean, you cannot [describe] it. It was like insane. [I thought], 'Where did he come from?' He was really so good-looking. My heart [was beating fast] and it means that a soul has met, and my hands were shaking." That's when her manager Roger tells him: "Tina, you ride with Erwin." The "A Fool In Love" hitmaker said she jumped at the opportunity adding that she wanted to go "Yay!" at the thought of riding with him. Although it's natural for people to be star-struck and act nervous around celebrities, especially in the presence of a music royalty like Turner, Bach was unfazed.

"We enjoyed the ride," Bach said, coolly. "I enjoyed driving the artist, actually a superstar. You're normally a little nervous, but I wasn't nervous either. I was just doing the job." Thus began the romance that has since be consummated via marriage in 2013 after the two spend over 27 years together. In the documentary, which is being called the singer's farewell to her fans, Turner gets into the emotional details about how she was verbally and physically abused by ex-husband Ike Turner, for the entirety of their marriage between Nov. 26, 1962, to March 29, 1978. "I had an abusive life," she tells the camera, per Mirror. "There's no other way to tell the story. It’s a reality. It’s a truth. That’s what you’ve got, so you have to accept it."

Luckily her faith in religion kept her going and aided in her recovery. "Buddhism was a way out. I started really seeing that I had to make a change," she reflected. "[In the] divorce, I got nothing. No money, no house. So I said, 'I'll just take my name.'" Already a huge name in the music industry, Turner used the situation to go solo and become an even bigger name. Over the course of the decades-long career, Turner has been nominated for over 25 Grammy Awards, winning eight of them. Her most recent victory came in 2008 when she won the Grammy Award for album of the year for River: The Joni Letters. Consequently, her first Grammy victory came over 36 years later in 1972.