The bodies were found by Kyruss's dad when he visited the Spotsylvania house to check up on his son. 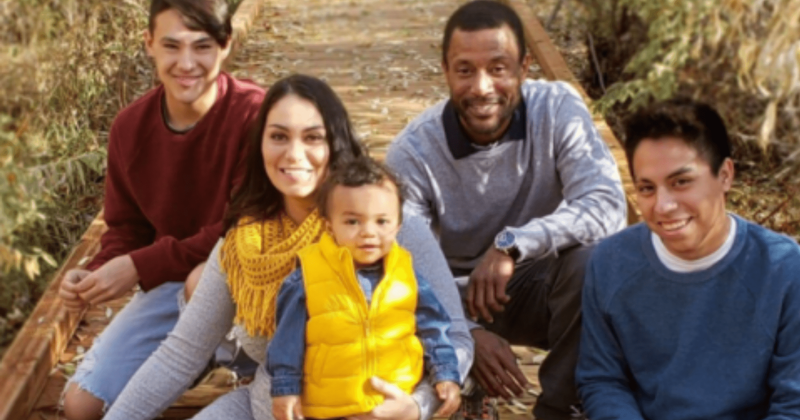 A baby and a toddler were found alone in their house for three days along with the bodies of their slain family members in their Virginia home. In May 2019, the bodies of Michael Coleman, 39, Rachel Ozuna, 34, and Rachel's son Kyruss Ozuna, 14, were found in their home with their throats slashed. The bodies were found by Kyruss's dad when he visited the Spotsylvania house to check up on his son. He also found Coleman and Ozuna's two-year-old toddler and six-week-old baby alive and unharmed, PEOPLE reports.

y’all this story just made me so upset... how cruel can people be.

Over a year later in April 2020, Duewanrd Anthony Allen, 27, Hugh Cameron Green, 30, Montel Jaleek Wilson, 26, Jamal Kelvin Bailey, 30, and James Christopher Myers, 30, were charged with first-degree murder, Spotsylvania Sheriff's Office said in a statement on Facebook.  Per an NBC Washington report, a preliminary hearing for Allen, Green, and Wilson on Wednesday revealed that investigators believed the family was murdered on May 26 and that the children were home alone for three days. A deputy's bodycam footage showed that Ozuna's body was on the floor while her toddler was beside her and the baby daughter was swinging in an infant seat nearby.

During the hearing, people also heard authorities play an emotional 12-minute recorded clip of a 911 call made by Kyruss's father which included the dispatcher asking him where his son is. A distraught Kyruss responds: "He's in the bathroom tied up and in a pool of blood." Authorities also presented a possible motive behind the incident; Coleman was a drug dealer who would often keep up to $100,000 in his home. When authorities tracked the cell phone records, they found that the suspects, who were all from Philadelphia, went down to Virginia on May 25, stayed in a motel before returning to their hometown a day later after the killings.

This was further partly corroborated by a video found on one of the men's phones, in which the suspects were all enjoying a strip club days later with large stacks of money. When the time came for their arrest, all the suspects, apart from Green, were behind bars on unrelated charges. At the moment James Myers and Jamal Bailey are said to be awaiting a preliminary hearing. The hearing has been postponed numerous times as prosecutors are requesting the hearing for all three suspects be done at the same time. The Ozuna family has organized a fundraiser on GoFundMe, which has so far raised over $25,000 from more than 300 donations.

In a similar story of a family being murdered from September last year, a 51-year-old man named Chris and his three children were shot and killed in the early morning hours of September 4 by a suspect identified by police as 48-year-old Winnipeg resident Mitchell Lapa. Reported to be Loretta Traynor's brother, he died from a self-inflicted gunshot wound according to the police. Lapa, who was an "uninvited person" at the Traynors' Oshawa home, was largely cut out of his father's will as per court documents obtained by the publication. Per CBC, his sister and her children were the beneficiaries of almost all of her late father's estate.

Baby and Toddler Were Left Home Alone for 3 Days After Their Parents and Brother, 14, Were Killed pic.twitter.com/Lh7bPFYjOr

Traynor's eldest son Sam was not home at the time of the attack. Speaking during their funeral, Loretta Traynor said: "In no way, shape, or form can I believe that good will come out of this tragedy. I can't and I won't accept it. But what I have to take with me is that light that I have found from all of you. You have given me a lens into my family's lives that I didn't have and that is a gift for which I am forever grateful." Concluding her emotional farewell, she added: "Through all the thoughts and emotions running through me, I did realize one thing. That the light that has shone on our family in the last week and a half far outweighs the shadows I have felt. And with that, we can move forward."