He threatened to fire crew members at the set in London if they disobeyed the guidelines again. 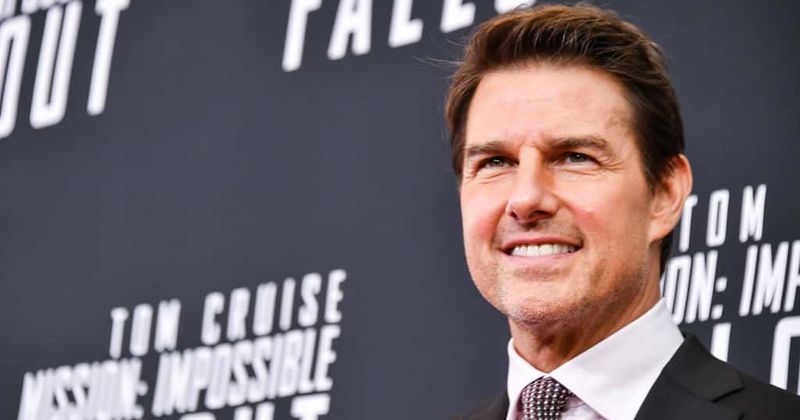 Update: This article was originally written on December 15, 2020. It has since been updated on January 16.

Hollywood megastar Tom Cruise lost his temper on a film crew of Mission Impossible: 7 for not following COVID-19 protocols, in December 2020. In an audio recording that was obtained by The Sun, Cruise is heard going on an expletive-laden rant. At the receiving end of his explosive ire was a 50 member team at a location in London. Cruise's temper seems to have flared because they were not maintaining adequate social distance on set. "We want the gold standard. They’re back there in Hollywood making movies right now because of us! Because they believe in us and what we’re doing! I’m on the phone with every f***ing studio at night, insurance companies, producers, and they’re looking at us and using us to make their movies. We are creating thousands of jobs you motherf***ers. I don’t ever want to see it again, ever!" said the Top Gun actor.

#TomCruise did not hold back when he noticed that COVID-19 protocols were being broken on set of Mission: Impossible 7 which is currently being filmed. He went on a yelling rampage and even threatened to fire some of the staff working on set. Hear what he had to say (or yell)! pic.twitter.com/YxWrrAJqn6

Yes, I hit play on that Tom Cruise recording ready to roll my eyes at a movie-star rant ... then found myself nodding instead. Over the top, yes. What *many* people need to hear about protecting themselves and the lives and livelihoods of others, also yes. https://t.co/BBxEedUXGz

Am I the only one who isn't vibing with Tom Cruise rant because there's a way to talk to your crew? 🤷

He is heard screaming at the top of his voice at certain points and also appeared to single out certain people in the group. "And if you don’t do it you’re fired, if I see you do it again you’re f***ing gone. And if anyone in this crew does it - that’s it, and you too and you too. And you, don’t you ever f***ing do it again," he said. Filming for the latest installment of the action movie has gone through several delays due to the pandemic. In February, the production team who was in Venice, Italy, had to stop due to the pandemic. While shooting resumed in September, it had to be shut down again after 12 crew members tested positive on set. The shooting has moved between other locations such as Norway and Britain.

Good for Tom! If everyone were like this, there wouldn’t be so many cases, deaths, businesses lost. Since everyone NOW knows how to prevent Covid, I guess it’s safe to say COVID IS weeding out the stupid. But it’s also taking their family and friends as collateral damage

That so many people are finding ways to justify and even celebrate Tom Cruise's abusive rant is a reminder of how the pandemic has only deepened our individualism.

Too many of us still think we're one good shamey shouting match away from ending the pandemic.

"That’s it! No apologies. You can tell it to the people that are losing their f***ing homes because our industry is shut down. It’s not going to put food on their table or pay for their college education. That’s what I sleep with every night. The future of this f***ing industry! So I’m sorry I am beyond your apologies. I have told you and now I want it and if you don’t do it you’re out. We are not shutting this f***ing movie down! Is it understood?" said Cruise, who according to a source of the publication, has become a sort of an enforcer of coronavirus protocols on set. He himself is always seen wearing a mask.  Cruise repeatedly warned that if he ever saw set members breaching the coronavirus guidelines, they would be fired. "If I see it again you’re f***ing gone — and you are — so you’re going to cost him his job, if I see it on the set you’re gone and you’re gone," he said.

It's not a 'rant', he's doing his job as a producer. People are still and will continue to be completely naive to the rules. I admire his passion to succeed and show the industry that the big blockbusters with hundreds of people working on them, can work. Well done #TomCruise. pic.twitter.com/WFk1iWQAaF

He added, "That’s it. Am I clear?" he is heard saying to low voices who muttered "yes" in the background. "Do you understand what I want? Do you understand the responsibility that you have? Because I will deal with your reason. And if you can’t be reasonable and I can’t deal with your logic, you’re fired. That’s it. That is it. That’s what I think of Universal and Paramount. Warner Brothers. Movies are going because of us. If we shut down it’s going to cost people f***ing jobs, their home, their family. That’s what’s happening. All the way down the line." Cruise took a softer tone towards the end of the audio clip and talked about "caring" for the crew. He said, "...I care about you guys, but if you’re not going to help me you’re gone. OK? Do you see that stick? How many meters is that? When people are standing around a f***ing computer and hanging out around here, what are you doing?"

In all fairness when I see someone with their mask below their nose at the post office I become Tom Cruise.

I’ve never liked him more! Can I just blast this at the supermarket? https://t.co/KBFLDhKBwU

A source of The Sun added while everyone has been wearing a mask, it was a group of people standing only a meter away from each other that got Cruise angry. "It isn’t known whether he saw those guys breaking the rules before or whether this was the straw that broke the camel’s back,” said the source.  It has been reported that five of his crew members have since quit. A source told The Sun: "The first outburst was big but things haven’t calmed since. Tension has been building for months and this was the final straw. Since it became public there has been more anger and several staff have walked. But Tom just can’t take any more after all the lengths they have gone to just to keep filming at all. He’s upset others aren’t taking it as seriously as him. In the end, he’s the one who carries the can."

I’m fine with Tom Cruise’s desire for safe Covid protocols on set but I’m not okay with his abusive Scientology-based Messiah complex where he truly believes he’s the second fucking coming of Christ. pic.twitter.com/fTMAoO7CTi

I love the Tom Cruise audio. Not because I think that's the right way to talk to people. It's just nice to finally hear an unhinged white person who's PRO-mask.

While Tom Cruise's tirade saw understanding from fellow celebrities like George Clooney and Whoopi Goldberg,  Spencer MacDonald of entertainment union Bectu took a different view. He said: “After a very difficult year for freelancers working in the industry the last thing crews deserve is a multi-millionaire Hollywood star screaming abuse and threatening their jobs.”