Tom Hanks and Rita Wilson have been together for over 32 years. 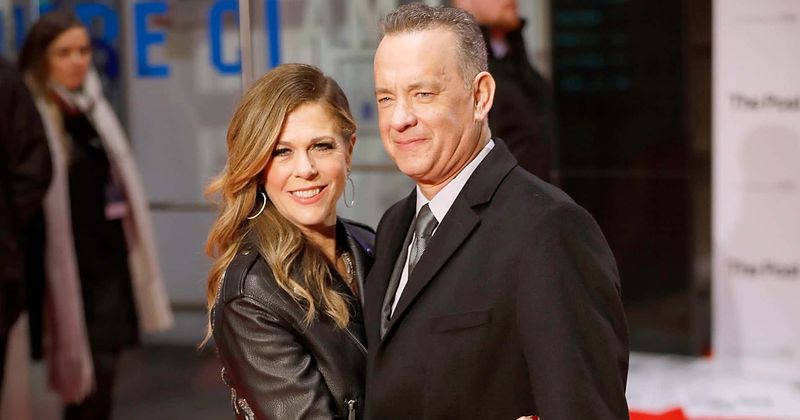 Sometimes love stories blossom in the most unlikely places. Many know of Tom Hanks and Rita Wilson's relationship that has transcended across decades but few know of Hanks' first marriage.

Tom Hanks married his first wife, his college sweetheart, Samantha Lewes when he was just 21-years-old. The pair got married in 1978. The couple had their first child Colin the year before they got married and their second child, Elizabeth, in 1982.

Looking back, the actor said the decision to marry at such a young age was motivated in part by loneliness but that all changed when he met Rita Wilson. According to the Huffington Post, Hanks and Lewes divorced in 1987 and hardly a year later, the Toy Story actor married actress Rita Wilson. With her, Hanks said he found a partner who just "gets it." "I don't think I'll ever be lonely anymore... that's how I felt when I met my wife," he said on BBC Radio.  Wilson and Hanks are parents to two sons -  Chet, 29, and Truman, 24.

The two tied the knot on April 30, 1988.  According to PEOPLE, Tom Hanks previously told GQ that he felt an immediate spark when he and Wilson worked together on the set of 1985's Volunteers. "Rita and I just looked at each other and — kaboing — that was that," Hanks revealed. "I asked Rita if it was the real thing for her, and it just couldn't be denied."

As we reported earlier, the couple has been together for over 32 years now. "The success of our relationship was a matter of timing, maturity, and our willingness to have an intimate connection," Hanks told Oprah Winfrey. "When I married Rita, I thought, 'This is going to require some change on my part.' I won't deny that providence was part of us finding each other, but our relationship isn't magic — the way it's shown in movies. In real life, our connection is as concrete as me sitting here. Not that marriage doesn't come close to being hell in a handbasket sometimes. But we both know that no matter what, we'll be with each other — and we'll get through it."

Wilson once said told  Kelly Clarkson on her daytime talk show that the Oscar winner's loquacious characteristic was "one of the things, when we met, that we just got along instantly." "First of all, I love a good storyteller," she said. "So anybody who could tell a good story, I’m down with that."

The actress explained she didn’t mind Hanks being very chatty as “food and talking … was pretty much our existence” for her Greek family. “I love that. He makes me laugh all the time,” she said of her husband. “He’s a great storyteller.”

Through the past nearly four decades, the couple has truly proven that they stand by each other through sickness and health. Recently, the two were tested positive for the coronavirus while in Australia. Thankfully, they managed to battle the disease and come back home safe and sound. "I think that having the virus at the same time made it that little bit easier," Wilson told The Guardian. "We were taking care of each other instead of having the pressure of taking care of one person and no one taking care of you or understanding that the person at home needs a break."

And it's not just Covid-19. The couple even had to face another disease.  In 2015, Wilson revealed that she had undergone a double mastectomy and reconstruction after being diagnosed with breast cancer. Hanks was, of course, by her side through and through. "You never know how your spouse is going to react in a situation like this," Wilson told the New York Times."I was so amazed, so blown away by the care my husband gave me ... who knew it would make you even closer?"

Sometimes strong relationships are not just about the number of years you'll have been together but how you'll use that time to be there for each other no matter what. Hanks and Wilson continue to prove just that.