Lister’s manager said that while the official cause of death was pending, she believed he died due to COVID-19. 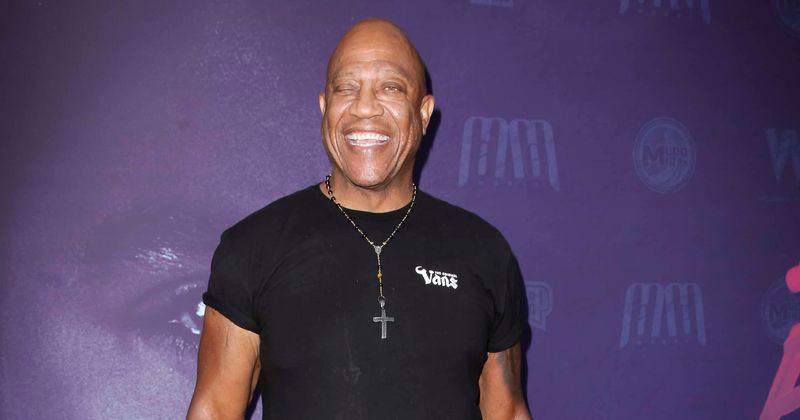 Tommy "Tiny" Lister has died at the age of 62. The actor was best known for his comedic role as Deebo in Friday and the sequel Next Friday, reports The Hollywood Reporter. Lister who was dubbed "Tiny" despite towering over at 6'5 was famous for his intimidating yet lovable tough-guy roles. His manager Cindy Cowan, told the Associated Press that Lister was found unconscious in his home in Marina Del Rey, California, on Thursday afternoon. He was pronounced dead at the scene.

Tiny Lister RIP
Such a sweet funny man
He will be terribly missed pic.twitter.com/3a9To9T3tr

The Los Angeles County Sheriff's Department shared in a press release that the homicide investigators were looking into an incident reported Thursday at 2:50 p.m. on the 4100 Block of Via Marina in Marina del Rey regarding the death of a male Black adult. According to Cowan, Lister was diagnosed with COVID-19 earlier this year but had gotten better. But he fell sick a week ago and had trouble breathing. CBSLA reports that according to the preliminary investigation, Lister died of natural causes. The department said a final determination will be made by the coroner’s office. Lister’s manager said that while the official cause of death was pending, she believed Lister died as a result of COVID-19.

So saddened to hear about Thomas Lister’s passing. He was larger than life, and entertained multiple generations. May his memory be eternal. Rest In Power, Zeus. #RIPDeebo pic.twitter.com/GSMWpcDSmt

Looking back at Lister's work, fans will most likely remember him from Friday (1995) and Next Friday (2000). He was also seen in the sci-fi 1997 hit The Fifth Element. He starred as the villain Zeus in No Holds Barred (1989) and more recently he also voiced the character Finnick in Zootopia (2016). Lister played a role in The Dark Knight (2008) as well. Apart from films, Lister appeared in many television series as well such as Matlock, Perfect Strangers, The Fresh Prince of Bel-Air, Moesha, and The Jamie Foxx Show. He made cameos in music videos for artists like Michael Jackson, Ice Cube, 50 Cent, Chamillionaire, Iggy Azalea, and Akon. Lister also had two stints in pro wrestling. In 1989, he appeared as a wrestler in World Wrestling Federation's movie No Holds Barred, which starred Hulk Hogan. Lister went on to wrestle in the World Championship Wrestling (WCW) under the name Z-Gangsta.

Most of us know him as deebo but before Friday he was known as ZEUSSSSSSS!!!! #RipTinyLister pic.twitter.com/2MHVuog8f3

The WWE released the following statement and paid tribute to 'The Human Wrecking Machine': WWE is saddened to learn that Tom "Tiny" Lister, known as Zeus to the WWE Universe, passed away today at age 62. Zeus first entered the squared circle opposite Hulk Hogan in the 1989 film "No Holds Barred." The rivalry extended beyond the big screen, as The Human Wrecking Machine quickly formed a common bond with "Macho Man" Randy Savage in their shared quest to take down The Immortal One. Zeus & Savage battled Hogan & Brutus "The Barber" Beefcake in the main event of SummerSlam 1989. One of Zeus' most memorable moments came at Survivor Series 1989 as part of Ted DiBiase's Million Dollar Team, when The Human Wrecking Machine got the better of The Hulkster in an impressive display of strength. Lister famously portrayed the daunting Deebo in the classic "Friday" and "Next Friday" movies, as well as roles in "The Fifth Element," "The Dark Knight," and "Zootopia." WWE extends its condolences to Lister's family, friends and fans.

WWE is saddened to learn that Tom "Tiny" Lister, known as Zeus to the WWE Universe, passed away today at age 62.https://t.co/ZhueFZ2hDw

Man #RipTinyLister #RIPDeebo this guy was a cultural Icon. I’m a huge wrestling fan his story with @HulkHogan felt so real. Of Course Deebo was legendary. God Bless his family https://t.co/zb5scjVqt3

Friday co-star Ice Cube took to social media to pay tribute to the late actor. He wrote: RIP Tiny “Deebo” Lister. America’s favorite bully was a born entertainer who would pop into character at the drop of a hat terrifying people on and off camera. Followed by a big smile and laugh. Thank you for being a good dude at heart. I miss you already. His other Friday costar J.D. Witherspoon, the song of late actor John Wihtherspoon also paid tribute writing: Rest in Peace Tiny Lister, my Dad always enjoyed working with you. Take care of each other up there. #RIPDeebo.

Fans also honored the actor and shared the condolences. Fermin Cervantes wrote: R.I.P. Tommy “Zeus” Lister. He was a great person with a sense of humor a good heart. Thanks for the laughs Deebo. Sandra Oliver added: 2020 is cursed. Rest In Peace Tom Lister Jr ( Deebo) , you will not ever be forgotten. Adrian Barriga said: Who’s he after he passed?😔 RIP deebo the most entertaining bully ever 🥺 His manager Cindy Cowan told PEOPLE, "He was a gentle giant and one-of-a-kind. A man that's like been a brother to me for 20 years." Listerwas scheduled to work on a movie over the weekend, but had canceled on Friday because he was so sick, according to Cowan. "He was just really complaining, but he was too weak to go to the doctor," she said.

#RIPDeebo 😥 May God grant you all the gold chains in the world. We will miss you terribly. 😩 pic.twitter.com/Imb2AB2R9N