The infant, Kyon Jones, went missing earlier this month. His body is yet to be found. 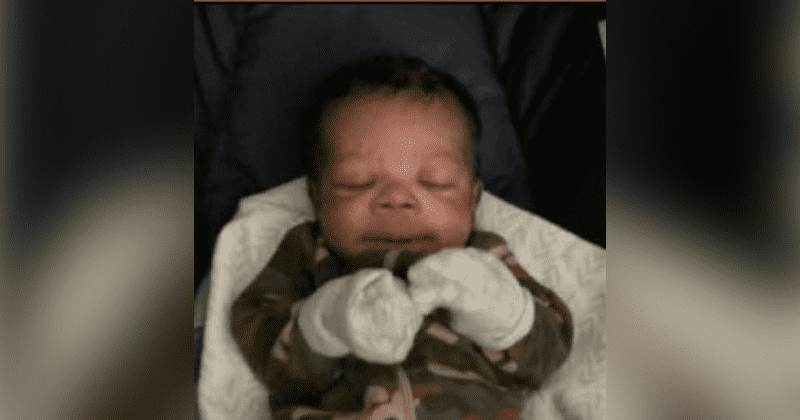 A search effort was launched in the state of Washington earlier this month after an infant named Kyon Jones went missing. Although the baby wasn't found, it was initially reported that the mother of the 2-month-old child was charged with his murder after she allegedly confessed to throwing the body in the garbage after the boy died in his sleep.  As per WDVM, 37-year-old Ladonia Boggs was charged with felony murder in the presumed death of Kyon Jones on May 14, but the charges were later changed to "tampering with physical evidence". Jones's body is yet to be found.

Critical #MissingPerson 2 month-old Kyon Jones, who was last seen in 1500 block of Benning Road, Northeast, on Wednesday, May 5, 2021. This incident was reported on Friday, May 7, 2021

Per the Metropolitan Police Department statement, the infant was last seen on Wednesday, May 5, but only reported missing two days later on Friday. Cops arrived at the 1500 block of Benning Road, Northeast on May 7 around 1:10 pm after receiving a request to conduct an infant welfare check, reports PEOPLE. The child was described as a "Black male infant, with brown hair and brown eyes." When they approached Boggs, she did not seem to know where her child was and thus a missing person's investigation was launched. Due to the suspicious nature of the case, the homicide branch was brought in, who continued the investigation.

Last week, on Monday, the Charles City County Sheriff's Office revealed that they were searching a Virginia landfill as investigators believed that the baby's body might have been dumped there. A source close to the investigation told WTRV at the time that officers were rummaging through garbage trucks, dumpsters, and landfills in the hopes of finding the child's body. At the time, District of Columbia Mayor Muriel Bowser revealed that the boy's mother was considered to be "the only person of interest," and that she had been questioned by investigators.

Ok. That’s enough internet for the day.
She threw him in the trash. 😢💔

"They are early in the investigation," said Mayor Bowser about the case at the time. When asked if the child's mother was in custody or not, Bowser revealed, "She's the only person of interest. She is not [in custody]." However, a local missing-persons advocate shared a video that showed Boggs talking about how her son passed away while sleeping with her in bed. The clip, obtained by WRC-TV, was shared last Sunday. "The last thing that I remember was that I had rolled over, and he was on my chest. After that, when I was 'sleep, rolled over, noticed he was unresponsive — breathing — and I panicked," the mother was heard saying in the video.

The mom of Kyon Jones, a 2-month-old baby reported missing one week ago today, has been arrested on felony murder charges, police say. https://t.co/xncg5ctf45

Boggs then detailed how she disposed of little Jones' body. First, she wrapped the baby in a blanket and then threw his lifeless body in the trash. Unfortunately, officers still haven't been able to recover the child's body. Meanwhile, Boggs has been released without bond at a hearing last Saturday. A State attorney reportedly asked Boggs to be released on "high intensity" monitoring, which involves a curfew, drug testing, GPS monitoring, and refraining from drug and alcohol use. She was also asked to be placed on a "stay away" order so that she could be prevented from being in contact with minors, according to WTOP.

RELEASED on Personal Recognizance after being charged with MURDER of her missing two-month-old infant https://t.co/AQW26ABDNe

The presiding judge ultimately only granted the stay-away order, which means Boggs cannot be alone with any child under the age of 18 unless a person of 18 years or above is present to supervise. In the due course of the hearing, it was revealed that Boggs had an 18-year-old daughter and grandson. Her attorney, Joseph Yarbough from the D.C. Public Defender’s Office, revealed that his client only had "a minor criminal history." Speaking about Boggs most recent cases, he said, "The last two incidences of her probation terminated satisfactorily. She can comply with release conditions."

BREAKING: The mother of missing two-month-old Kyon Jones has been charged with murder in relation to his disappearance. The search for Kyon's body brought officials to a landfill in Charles City County on Monday. https://t.co/2D694IQ9Eu #Virginia

Yarbough continued that Boggs would have "substantial assistance from the public defender’s office," including representation from a forensic social worker and three attorneys. He also noted that Boggs had cooperated with the investigation and that she was not a flight risk. "Throughout the course of the investigation with the Metropolitan Police Department and CSFA, she has availed herself of both agencies. In fact, she’s gone out of her way to contact them voluntarily and directly and sitting down with them," said Yarbough. The case remains open with the District’s Child and Family Services Agency. She is due to appear in court on November 19.

Disclaimer: If you know of any children who are being subjected to abuse, please contact The Childhelp National Child Abuse Hotline at (800) 422-4453.