The former POTUS thinks he has a chance at the top job even before a presidential run in 2024. 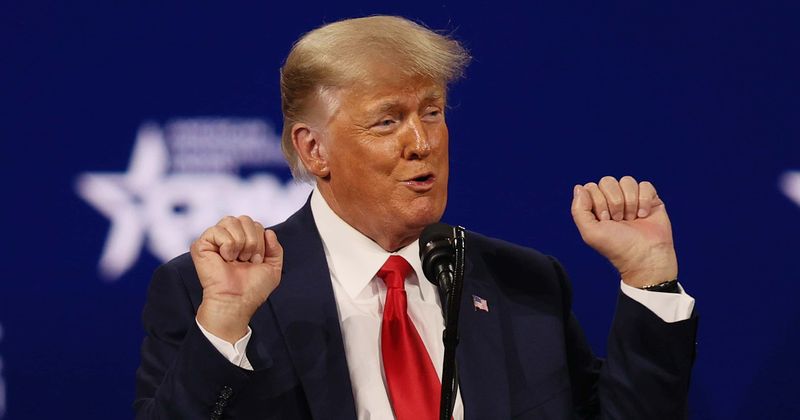 Donald Trump is still optimistic about becoming the President of the United States once again. He confidently believes that he doesn't even have to wait for the 2024 elections for it to happen. Trump has reportedly told his inner circle that he will be bag the top job as soon as August. According to New York Times reporter Maggie Haberman, Trump has apparently been "telling a number of people he’s in contact with that he expects he will get reinstated [as president] by August."  Haberman, who covered Trump’s White House extensively, tweeted the news about Trump’s dream on Tuesday morning. The former president has been "laser-focused" on so-called "audits" of state vote counts in last year's presidential election and believes he will be reinstated to the White House by August. According to Yahoo News, there is no legal or constitutional basis for such a thing.

Trump has been telling a number of people he’s in contact with that he expects he will get reinstated by August (no that isn’t how it works but simply sharing the information). https://t.co/kaXSXKnpF0

But he is not putting out statements about the “audits” in states just for the sake of it. He’s been laser focused on them, according to several people who’ve spoken with him (as well as WaPo reporting a few weeks ago).

The journalist's statements came in response to a video shared by CNN’s Donie O’Sullivan featuring interviews with Trump loyalists who are looking for Trump to return as President probably in a Myanmar-style coup. According to Business Insider, the theory that Trump will be reinstated is backed by MyPillow CEO Mike Lindell. However, it has "no basis under the Constitution or any legitimate legal framework." Lindell also claims he will present evidence to the Supreme Court in August that would influence them to overturn the election results. This anti-democratic conspiracy theory has been coming up often in fringe conservative media for many months now. "Donald Trump will be back in office in August," Lindell said, on Steve Bannon's War Room: Pandemic podcast. "What I'm talking about, Steve, is what I have been doing since January 9. All of the evidence I have, everything that is going to go before the Supreme Court, and the election of 2020 is going bye-bye," he added."It was an attack by another country - communism coming in. I don't know what they're going to do with it after they pull it down, but it's going down."

It seems Mike Lindell's predictions might be as s****y as his pillows.

Unsurprisingly, people had a lot to say about Trump's supposed return to the Oval Office. Some people even wonder if Trump is genuinely unwell. tedlieu stated: The former President is not well. And he still can’t identify who stole the election. Was it Hugo Chavez? Dominion machines? Voters who got water while standing in line? Voters who voted on Sunday? jimsciutto tweeted: He’s trying to keep the lie - and therefore his relevance - alive. But his social media footprint is much smaller, however. And with disinformation, fact-checking often may be less helpful than to simply ignore.

It's a delusional fantasy, obviously, but it's a fantasy about a violent coup - which is really something from an ex-president. https://t.co/OYV716VMAy

According to CNN, speaking of the validity of the 2020 election, former President Donald Trump said, "Interesting that today a poll came out indicating I'm far in the lead for the Republican Presidential Primary and the General Election in 2024." If the August stint doesn't work, it looks like he still plans on running for President as long as he's in good health. Politico reports that "Trump is confiding in allies that he intends to run again in 2024 with one contingency: that he still has a good bill of health, according to two sources close to the former president. That means Trump is going to hang over the Republican Party despite its attempts to rebrand during his exile and its blockade of a Trump-centric investigation into January's insurrection."

While his loyal party blocks efforts to organize a bipartisan investigation of the late attempt to overthrow the republic, the former president is fantasizing about the next coup and circling dates on the calendar. https://t.co/xB6wiFJTB5

Sadly for Trump, his own party members who once backed him are not rooting for his comeback. "President Trump did a lot of good. But he squandered a lot of his legacy after what happened after Nov. 3. And I think that’s a shame," said Sen. John Cornyn (R-Texas), who was the GOP whip for Trump’s first two years in office. "Running for president, you’re under a lot of scrutiny. And all I can say is there’s a lot to talk about." Another anonymous lawmaker added, "I’d like to see a fresh face. I think we have a lot of them."

"He’s one of the best presidents we’ve had in terms of policies. But having said that, if it were up to me, I would never have Trump on any ballot ever again because it’s such a distraction," said another House GOP member. "I would love for him to play a behind-the-scenes role and not be on the ballot."

They better hope he is in prison by then