The President looked to appease his supporter base as he has no actual authority to override governors. 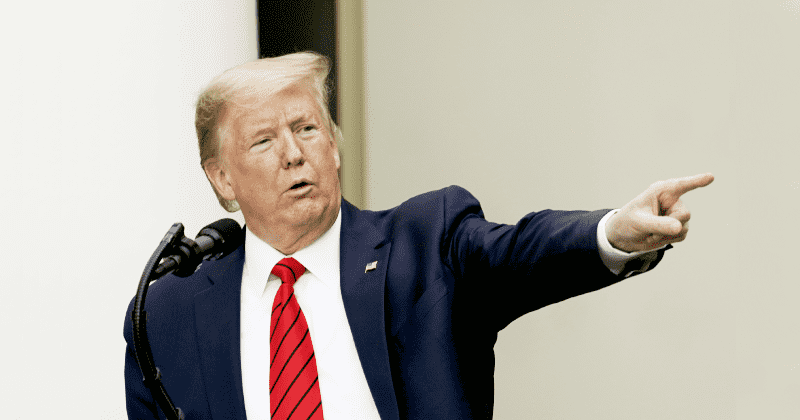 President Donald Trump has told governors he would override them if they didn't declare churches, mosques, and synagogues as “essential services” during the pandemic. Trump is ready to ignore the advice of the CDC and medical experts, to risk the lives of people as they throng to religious gatherings. Many states have not deemed the conduct of religious gatherings as a necessity that has irked Trump, whose primary supporter base includes conservatives and primarily evangelical Christians. There's only one hiccup to Donald Trump's plan — he doesn't have the authority to do so.

“Some governors have deemed liquor stores and abortion clinics as essential, but have left out churches and other houses of worship,” Trump president told reporters at the White House on Friday, reported The Guardian. “It’s not right. So I’m correcting this injustice and calling houses of worship essential. The governors need to do the right thing and allow these very important essential places of faith to open right now. For this weekend. If they don’t do it, I will override the governors. In America we need more prayer, not less.” One thing that is not less, is the Coronavirus deaths in the country. More than 96,000 people have died in America and it's astonishing that the President is still pushing for unsafe practices during the pandemic. Trump refused to take any more questions after making his statement and walked out, leaving White House press secretary Kayleigh McEnany to clean up his mess. McEnany, who has the inability to ramble on for hours without answering the question asked, dodged, and evaded questions about Trump overriding the governors.

hey evangelicals: at what church will Donald Trump be worshiping this weekend? just asking

She claimed Trump was talking about a hypothetical situation. Reporters hit back at McEnany after she suggested that all reporters wanted places of worship to be shut. "The president will strongly encourage every governor to allow their churches to reopen, and boy it’s interesting to be in a room that desperately wants to seem to see these churches and houses of worship stay closed," she said, reported The Hill. Reuters reporter Jeff Mason hit back saying that was not true and he was dying to go back to church. “Kayleigh, I object to that. I go to church. I’m dying to go back to church. The question that we’re asking you, and would like to have asked the president and Dr. Birx, is it safe?” asked Mason.

Kayleigh McEnany said it would be safe if they followed the safety guidelines issued by the White House. The guidelines issued by the CDC only published safety guidelines for restaurants, schools, childcare programs, mass transport, and other businesses with regards to reopening. It doesn't mention anything about guidelines for houses of worship as it's not essential during a pandemic."Ordering houses of worship to be opened without robust guidelines around necessary safety precautions flies in the face of medical and scientific advice, including advice originally administered by the CDC," said Rabbi Jack Moline, president of Interfaith Alliance, which advocates for the separation of church and state, reported USA Today.

Trump is certainly focusing all his energy on getting re-elected during a pandemic. It's certainly a move that'll appease his fan base with four in five Christian evangelical voters in the 2016 presidential election. It's also not the first time the President has threatened to overrule governors. Last month, Trump had claimed he had total authority over reopening plans of the states but didn't provide any proof to back his claims.

it’s a death cult and its blood-god is capitalism https://t.co/IbeiJDYztG

It's also not the first time during the pandemic that Trump has rejected the advice of medical experts to appease his fan base. He called for 'packed churches' for Easter as America was in the throes of the Coronavirus pandemic in March. "I think Easter Sunday you'll have packed churches all over our country. I think it would be a beautiful time. And it's just about the timeline that I think is right," said Trump. "That would be a beautiful thing," said the President.