19-year-old Laroy Battle, arrested for homicide, has had run-ins with the law before 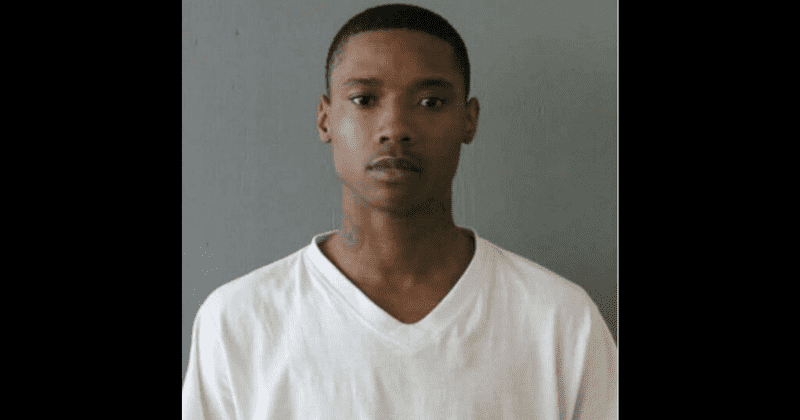 Trigger Warning: The story has details of a shooting that readers may find disturbing

All they did was comment on how tall 19-year-old Laroy Battle was at a South Chicago store. At around 6.4 feet, Battle always stood out. The three teens - Jasean Francis, 17, Charles Riley, 16, and another told Battle they would want to be as tall as him one day. Later, outside the store, Battle would pull out his gun and shoot the three.

Francis, 17, was shot in his chest, back and left hand while Riley, 16, was shot in the back and the left leg.  They were rushed to the University of Chicago Hospital where they succumbed to their injuries and died.  The third teen managed to escape and has not been identified by authorities. The shooting occurred on June 20,  Saturday, at around 5 p.m while the three teens were buying candy at the store and interacted with Battle very briefly,  ABC News reports.

Laroy Battle, 19, was held without bond Friday afternoon after being charged with two counts of first-degree murder in the shooting deaths of 17-year-old Jasean Francis and 16-year-old Charles Riley.https://t.co/0LdvEDhtXn

Battle was caught on Wednesday morning. From the scene of the crime, the cops found nine shell casings. “The victims were walking into the store, they saw Battle, he was standing in line while at the store and the victims commented that Battle, he was quite tall, and they asked him how tall he was and hoped to be that tall someday. Unfortunately, we will never even see the full growth of these poor children," said Brendan Deenihan, Deputy Chief of Detectives at a press conference.

He added, "The security cameras from the area were able to show the offender discarding a gun in the garbage can and then Battle was eventually found hiding out in a motel … He was arrested without incident.”

Will congress take a knee? Will #BlackLivesMatter issue a statement? Will Al Sharpton hop on his private jet & fly to CHI?

No, no & no. And we all know why. pic.twitter.com/RhmTvm7hJ2

Battle was charged with two counts of first-degree murder and has been denied bail. He has had run-ins with the law before with a conviction in an aggravated unlawful use of a weapon. He had got probation for the crime. Investigations are going on in the present case and the motive of the killing is also being looked at.

Deenihan commended members of the community who immediately informed the police and helped identify Battle. "Justice was very swift in this case because we got help from the community. The offender was identified quickly because the community called the detectives and they told them that was Battle in the video," Deenihan added.

Why did he do this??? May those kids rest in peace. Gone too soon.

"That is how this case broke. The private security camera footage provided to CPD was incredibly valuable in this case. The fact that detectives can now retrieve this footage quickly and then request the help of the community to identify these [kinds of] offenders is invaluable,” he said further while adding, "This is just one example of how Chicago can help improve the public safety by working together to remove these very dangerous offenders from the streets.”

According to a report in ABC 7,  Latonya Pettit, Francis' aunt said, "He was a kid. Liked video games, snacks. That was his thing. He would walk into this hospital gift shop daily and purchase snacks." Francis' other aunt, Keena Hoyle said, "He was nice to seniors on the block. The nurses looked forward to him coming over there daily. They brought over to the family roses. They watched him grow up as a child."

Someone needs to convince young black men black lives matter. That might actually put a dent in our ridiculous murder rate. #BLM

According to the police, Francis and Riley had just asked their mothers if it was okay for them to go down to the store and buy candy. A prayer vigil to honor the two teenagers was held near the scene of the shooting on Friday night. Francis's school Thomas Hoyne Elementary School held a balloon release in his memory. According to DailyMail, it was attended by several community members.