A third officer who allegedly filmed the video has been put on administrative leave. 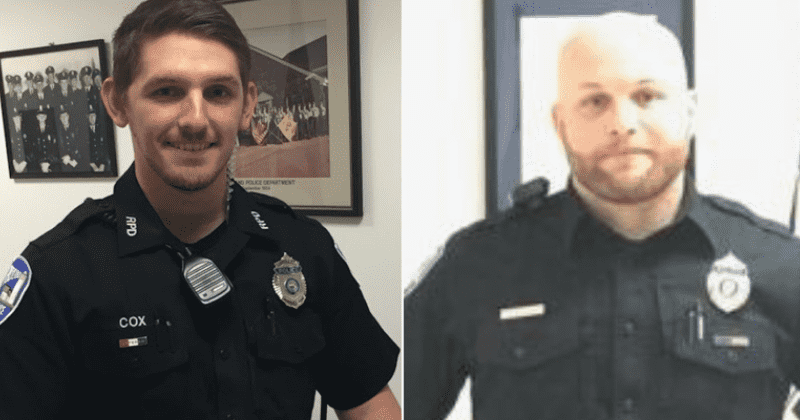 Two Maine police officers who allegedly beat porcupines to death with their batons have been fired following a criminal and internal investigation against them. Addison Cox, 27, and Micheal Rolerson, 30, from the Rockland Police Department have lost their law enforcement jobs after they had beaten porcupines to death while on duty, The Courier-Gazette reports. The incidents occurred back in June but weren't reported until later in August when another Rockland police officer decided to bring the issue to the department's notice. In a statement on Facebook, police chief Chris Young confirmed that the two officers were terminated but didn't divulge their identities or any other details, after citing law relating to employee discipline. Meanwhile, a third officer who allegedly filmed a video of Rolerson bludgeoning a porcupine to death has been put on administrative leave.

The firing happened after the Maine Bureau of Warden Services, a law enforcement branch that caters to fishery and wildlife, conducted a criminal investigation based on a complaint filed by the DA's office. As per CNN, the Lincoln County Sheriff's Office conducted the internal investigation into the allegations but didn't divulge any details. Protected information from the investigation and reports were said to have been leaked to The Courier-Gazette, and much of the details were not made available to the public. A court complaint revealed that Rolerson and Cox committed the crime around August 31 "in a manner manifesting a depraved indifference to animal life or suffering, did intentionally, knowingly or recklessly cause extreme physical pain to an animal; cause the death of an animal; or physically torture an animal".

It’s crazy how fast they work when it comes to folks doing shit to animals but when it’s a black life.... nvm they ain’t ready to talk about it pic.twitter.com/Rbmw16TgG3

The two officers have been charged with misdemeanor aggravated cruelty on animals and night hunting which constitute Class C and D crimes, respectively, in Maine. Speaking to the outlet, District Attorney Natasha Irving said that Rolerson and Cox are set to make a court appearance on November 9 and have not entered any pleas for any of the charges. While Rolerson allegedly estimated that he killed eight porcupines, Cox said he killed three in a report put together by the Bureau of Warden Services. Steve Smith, Rolerson's attorney, said: "Mike is a decorated veteran, a dedicated police officer, and a loving family man. He and his family have been devastated by these accusations. This is not an opportunity for some activists to score cheap points on a police officer."

2 Maine police officers who allegedly beat porcupines to death while on duty have been fired https://t.co/eQucyE9p9K

Meanwhile, Chief Young said in his Facebook statement: "A tremendous amount of power is given to those who wear a badge and are tasked with protecting their communities; it's a power that I do not take lightly. I'm asking you to trust that, if there were an allegation of police misconduct, I would take it very seriously and any investigation would be conducted appropriately, always placing public safety and community trust at the forefront." Although people were happy about the justice the animals received, they went on to comment on the perverse nature of the American justice system wherein officers could roam freely after killing a human being but get fired for animal cruelty. "You mean to tell me a damn porcupine has more rights than a black person? We gotta riot for y’all to lock up officers when they wrongfully kill a unarmed black person just for them to bail out in a few days and them getting fired is never an option this doesn’t sit right," wrote Semaj-Amari Amiel Wren.

Jamal Jones added: "So you tellin’ me that you can kill a porcupine and get fired but when you kill a human you’re on “leave” for a few weeks? So glad there’s nothing wrong with our criminal justice system." TylerBigT added: "So cops kill unarmed black men and nothing happens. But a porcupine and it's charged and fired. Fu*king MURICA."

When whatever happened to you as a kid makes you want to end life with impunity, and wars are now mostly fought by robots, where else ya gonna go besides a Police Department?