2-Year-Old Boy Finds Handgun At Home And Dies After Accidently Shooting Himself: Police

Indiana State Police said: "Evidence indicates the boy pulled the trigger on the Ruger and was struck by a single bullet." 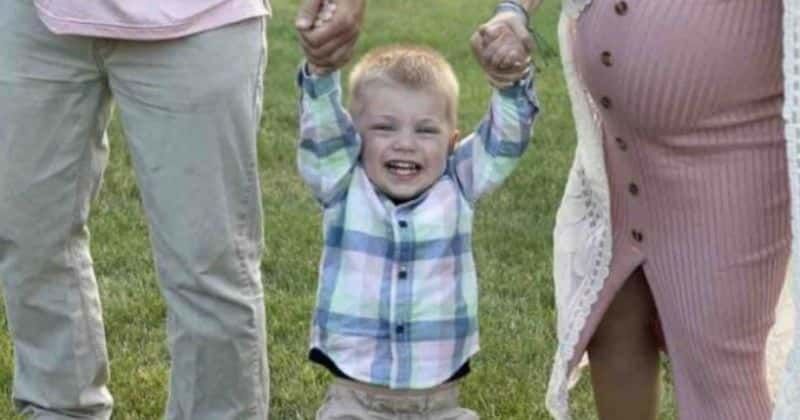 Trigger warning: This story has details of an accidental shooting leading to the death of a toddler that readers may find disturbing

A little boy picked up a handgun and accidentally shot himself to death police said. Leighton Owings, 2, died on Tuesday after finding a nine millimeter Ruger handgun in a bedroom of his house in Fairmount, Indiana. According to NBC News, his mom Caci Seals, 22, was in another room feeding her infant daughter, and the incident occurred just before 12:30 p.m. Emergency services were called only to find an unresponsive child. The Sun reports that Owings was rushed to Marion General Hospital where doctors tried to save his life, but he was pronounced dead.

A 2-year-old boy in Indiana died Tuesday after he accidentally shot himself with a gun found in his home, police say. https://t.co/2D4wN0Jh5n

WTHR reports that a spokesperson for the Indiana State Police said: "Evidence indicates the boy pulled the trigger on the Ruger and was struck by a single bullet." The department is conducting an "ongoing investigation" into Owings' death and the findings will be sent over to the Grant County Prosecutor's Office to see if there will be any charges. A GoFundMe was started by Amber Wilson to help with the funeral expenses for Leighton’s mom, baby daughter Raelynn, and her fiancé Noah Collins. The little boy's death has shaken family and friends who sent supporting messages and tributes. One of them even described the toddler as being "smart, funny, and fun to be around". According to The Sun, Amber Wilson, the sister of Noah Collins, who started the fundraising campaign, said: "We are all so very saddened by the sudden loss of this sweet sweet boy. Our family is understandably shocked by this loss and unfortunately not prepared for all that goes along with planning a funeral at this time."

All preventable, but no. Can't have any laws that might interfere with flooding the country with guns. A child's life is nothing next to being able to threaten someone with a gun.

She continued: "If you knew Leighton, you’d know that he was smart, funny, and fun to be around. He loves his family and loved life. We are forever grateful and overwhelmed by your kindness, prayers, love and support during this time." Sadly, cases of children finding guns in the house are all too common leading to untimely deaths.

As liberal as I am, I’m not against RESPONSIBLE trained people to own guns, but sadly, many of the “2nd amendment” folks aren’t either of those kind of people. And this is what happens .. just like what happens when you don’t learn how to drive properly and are given a license

In a similar incident in October this year, we reported a 3-year-old toddler in Oregon fatally shot himself after finding his family's handgun in a drawer. The tragic incident took place in Washington County. Deputies from the Sheriff’s Office responded to a call of a shooting at the 7100 block of SW Millenium Terrace in Aloha on Friday, according to a press release by the Sheriff's office. Authorities identified a 3-year-old boy named James Kenneth Lindquester who had been grievously wounded. His family members had called 911. The release added the child, according to his family members, had found a "handgun out of a bedroom end table drawer and shot himself in the head. Deputies along with Metro West and Tualatin Valley Fire and Rescue took over life-saving efforts from the family."

This is gutting.
Struggling to understand how in the world ...

I peeled my kids grapes for fear they would choke on the skins.

Lindquester was then rushed to a hospital nearby but "was pronounced deceased just before midnight," the release added. Investigators from the Violent Crimes Unit and the Special Investigations Unit responded to the scene and the investigation is ongoing.

When will parents learn? Such a shame. Parents need to be held accountable for their negligence.