The toddler's heart reportedly stopped beating after he fought for over 10 days to survive in a Ukrainian hospital. 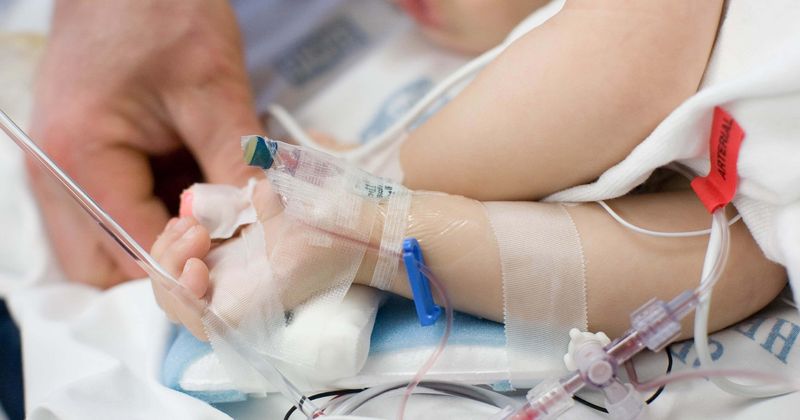 Trigger warning: This report contains graphic details of assault by an animal and death of children

A toddler has died from horrific injuries sustained after it was attacked by dogs who tore off his genitals when his parents were celebrating his birthday. Yegor, 2, died without regaining consciousness after he fought for his life for over 10 days in a Ukrainian hospital, reports Mail Online. The toddler's heart reportedly stopped beating just a day after they diagnosed that he was actually inching towards recovery. Over the course of that period, he remained in critical condition, had to be put on a ventilator, and connected to a kidney dialysis machine. The incident is said to have occurred in a small town called Selydove, towards the eastern part of Ukraine, on September 18, when the family was celebrating the boy's second birthday. As per reports, Yegor walked outside while his unaware parents were sitting at a table with their guests. As the boy was wandering around the courtyard, two German Shepherd guard dogs reportedly broke out of their enclosure and attacked him. When the parents realized the child was missing, they searched desperately for him, only to find him partially mangled after the animal attack.

Boy, two, dies a week after dogs ripped off his genitals as his parents celebrated his birthday in Ukraine https://t.co/gg5n59IQyA

Alesandra Timoshchenkova, a charity volunteer who helped the family collect money for the baby's treatment, said: "The boy was found lying unconscious in a pool of blood. The dogs were still tearing him apart." Reports suggest that the dogs escaped from their enclosure as Yegor's father failed to close its door properly. Local media outlets further reported that the dogs ripped off the boy's genitals, anus, and tore the femoral artery on his left leg. As the injuries were too severe, Yegor was quickly transported to a military hospital in Dnipro to get him the necessary medical treatment.

May this sweet baby boy Rest In Peace. This is terrible 🥺

As many as four crews of surgeons were said to have been working to keep the baby alive at the Dnipro Regional Children's Hospital. The doctors spent over five hours to restore damaged blood vessels, intestines, and bladder, and even removed tissues that had been chewed up by the dogs. Speaking of the incident, Natalia Dementyeva, the head of the hospital, commented: "The boy suffered extremely severe injuries known as dirty wounds." Local police have filed a criminal case against the boy's mother and father for failing to fulfill their parental duties which resulted in dire consequences for the boy. If they are found guilty, they will face up to three years in prison. As an investigation is still underway, no arrests or punishments have been doled out.

I just read the story and I cupped my hand over my mouth reading what those savage dogs did to Yegor Shame on the parents for not watching him - the angel boy suffered a great deal. How sad the parents lost their child but it could have been prevented. RIP Yegor beautiful boy.

In a similar incident, newborn twin sisters were mauled to death by their family dog after their mother left them briefly to have a chat with a neighbor. The incident occurred when the "jealous" labrador and American Foxhound cross dog attacked the 26-day-old premature babies at their residence in Piripa in the northern state of Bahia, Brazil, last Tuesday. After hearing the cries of her girls, Elaine Novais, the mother, went in to rescue her girls Analu and Anne. By the time she reached them, it was too late to save them. The incident is all the more heartbreaking because Novais, who is a council worker and her husband, had struggled to conceive for over nine years. When she saw what transpired, she pulled the dog away from her twins.  However, the damage was already inflicted on their abdomens. A nurse who lived nearby attempted to save the children by administering first aid to them. However, one of them died instantly while the other died at Maria Pedreira Barbosa Municipal Hospital after suffering a cardiac arrest. Reportedly, the dog, which was typically docile, was jealous then because she didn't receive as much attention from Novais since the birth of her babies.