Carl Anderson Jr.'s daughter was unknowingly hit by his fiancee's car when she was heading out of the driveway. 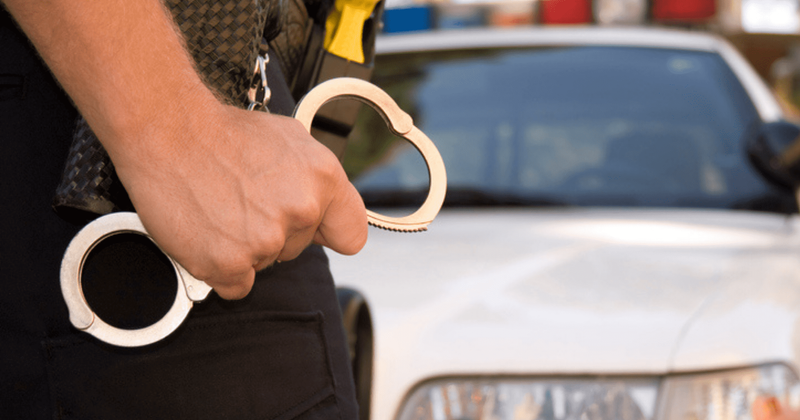 Trigger warning: This article contains details of excessive use of police force that some readers may find disturbing.

An unsettling police bodycam footage shows officers taser a Marine veteran twice because he refused to hand over personal property to them who failed to present a warrant. In April 2019, Carl Anderson Jr.'s daughter was unknowingly hit by his fiancee's car when she was heading out of the driveway. The child allegedly walked into the side of the vehicle when the car was moving and got knocked over after coming into contact with the vehicle. The parents immediately rushed her to the UC Health Memorial Hospital in Colorado Springs after she had been airlifted to the hospital, the DenverChannel reports. Hours later, officers from the Colorado Springs Police Department walked into the pediatrics ICU room and set forth a series of unfortunate events that terrified the already worried father.

Footage from the body camera of the officers revealed the officers tasing the Marine veteran when he was still in his daughter's hospital room. Per court documents, the attack was prompted after Anderson refused to hand over personal property to the officers because he said they didn't produce a warrant for their actions. When one of the officers reaches to grab his phone, Anderson responds: "Excuse me, you cannot grab anything from my pocket." One of the officers says, "Just give us the phone and we will be done." Reportedly, the police were looking to confiscate the parents' phone to see if there was evidence to investigate Charlotte was hurt. In conversation with Denver7, Anderson said: "They never presented a warrant or any paperwork saying that they had the authority to take my personal property."

Please—tell me again why concerns about police abusing their authority with impunity are overblown. Quick, time to invent another non-accountability doctrine from whole cloth!#AbolishQI #EndQualifiedImmunity@AbolishQI https://t.co/5Ke4hMQCfI

When Anderson refused to pay heed to the orders the police threw at him, an officer stepped behind him to snatch the device off him. Moments later, the situation escalated as one of the officers used a Taser on him to restrain him, then another officer used a second Taser to arrest Anderson. The veteran's lawyer David Lane filed a suit against Teller County, the officers involved, and the City of Colorado Springs claiming the officers had no probable cause or any reasonable suspicion that could have led to the violent exchange on July 13, 2020. Explaining the ordeal, Lane said: "They were not arresting C.J. [Anderson] — they were not arresting anyone — so police have absolutely no right to demand personal property from anyone absent a warrant." The lawsuit accuses the officers of using violent force to unlawfully arrest Anderson without any suspicion or probable cause for any crime committed by him while he was unarmed.

Anderson has now filed a complaint against the City of Colorado Springs pic.twitter.com/yHmfYJb4lT

Anderson, a combat veteran with tours of Afghanistan, claims he has incredible respect for law enforcement but feels the officers crossed a line that day. "One of them already had a Taser drawn and attempted to reach in my pocket to grab the cell phones," Anderson said recalling the fraught few minutes on that fateful day in 2019. "I feel anger; disappointment in the people who were supposed to be there to protect and serve us." His pursuit of justice now stands with his family wanting the officers to be fired and held accountable for their actions. "What they did was wrong. They made the wrong decision," he said. Lane echoed the sentiment and said the officers were not disciplined in any way for displaying poor judgment.

“I feel anger; disappointment in the people who were supposed to be there to protect and serve us." — Carl Anderson Jr., a combat veteran who served in Afghanistan and was wrongfully tased by Colorado Springs police. #EndQualifiedImmunity

"They need to be prosecuted," he said. "A felony assault is what they did. They committed a crime, they should be doing some time." After the incident, Anderson was charged for resisting arrest and obstructing a police officer, only to be dropped months later. The child's parents have had no charges filed against them either, Lane added, saying the girl has since made a complete recovery from her injuries following the accident. Both the Colorado Springs Police Department and the Teller County Sheriff's Office have refused to comment on the matter, claiming they won't divulge details on an ongoing case.

I don't even know what to say but damn. And people wonder why police are getting a bad name. Excessive force in to many cases is the norm and video is now showing it. Yet some will say just comply. We have rights even when dealing with the police.