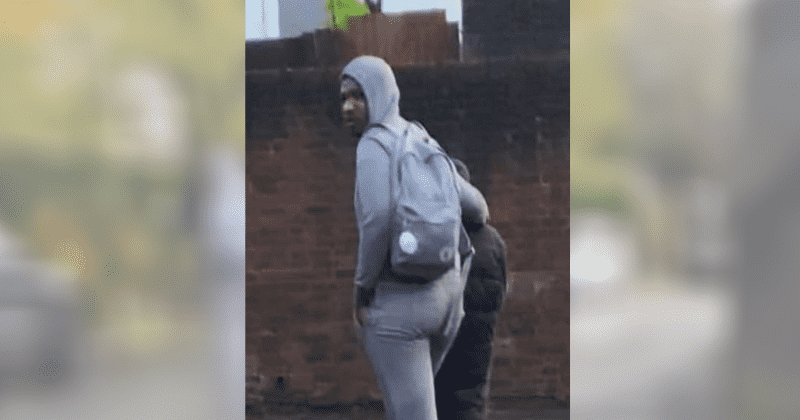 A brave woman chased down a suspicious man who seemed to be forcefully dragging a schoolgirl in broad daylight. She recorded the whole thing on her phone, the video of which has been circulating online. The chilling video shows the man hold on to the young girl and walking away suspiciously. He tried to deflect questions from the woman chasing him down. It even shows the moment the schoolgirl was rescued from the predator's clutches. The man has since been arrested after a 13-hour manhunt in South London after this attack that was captured on camera, reports The Huffington Post.

My heart goes out to the young girl abducted in #Mitcham on her way to school this morning. My thanks for the extraordinary bravery of a lady who followed and filmed them.

If you have information that could assist the police, please call 101 & quote crime reference CAD V184/20 pic.twitter.com/0S7tywBsUv

The video that led to the suspected rapist's arrest was uploaded on Facebook by the elder sister of the woman who shot the video. The video is only a minute and a half long but captures the intervention that was necessary for rescuing a schoolgirl from a dangerous predator and a situation that could have taken a turn for the worse. The Facebook post further explained: At 7:05 am this morning, my little sister witnessed a man abducting a young girl whilst on her way to school. She noticed the man had his hands over her mouth whilst walking down Pitcairn Road (Mitcham) and was behaving in a strange manner.

In the video, the woman can be heard loudly demanding, "Let her go! What are you doing with her?" He responds to it by saying, "This is my sister, bruv, move. Bruv, this is my family." While from afar it could look like he was telling the truth, the woman had already seen him behave suspiciously so she continues to record him and follow him. "So what are you doing in the corner with her?" she persists and asks the girl, "Are you okay?" The girl who is being firmly held by the man does not respond but the woman does not give up and tries to catch up with the two.

Police have released an image of a man they are working to trace in connection with an allegation of rape in Merton.

At this early stage, there have been no arrestshttps://t.co/KJQcMR9XkL

"Look, why are you f***** stalking us bruv?" the man can be heard saying. In a follow-up video, as soon as the woman reaches the man and the girl to ask her if she's okay, he pushes the girl aside and flees. The young girl who was shaken by the attack broke down immediately and begins sobbing. She can be heard incoherently telling the woman, "I don't know him I told him to stop I'm really scared I'm really scared! I was trying to go to school thank you thank you thank you!" Facebook users lauded the woman for her efforts that led to the rescue of a schoolgirl and later the arrest of the man in question.

Police have urged a suspect to hand himself in “for his own safety” after a teenage girl was allegedly abducted and raped in south-west London!

The Metropolitan Police released an image of a man named Kadian Nelson, 26. pic.twitter.com/P6rtyIeeDu

The original post continued: She called and alerted my Mum and sister who called the police and left our house to attempt to find him. When they found him at North Place (Mitcham/Colliers Wood), he had put his coat on her and made her perform sexual acts on him. As my sister approached him he tried to say that the girl was his sister but she persisted to follow him and eventually he ran away through Singleton Close towards Colliers Wood.

Pls make sure that she is honoured. Unbelievable bravery and humanity.

The man was recognized as 26-year-old Kadian Nelson, a resident of the Mitcham area. Owain Richards, Detective Superintendent of London’s Metropolitan Police in a statement said, "I recognize that this is a shocking and distressing incident and emotions locally are running very high. We are of course aware of videos and images circulating on social media, and of groups of people attending various addresses. I urge those people to go home. Do not try to take the law into your own hands or you may end up doing something you regret and potentially face police action yourself."

Well done to the brave woman who followed & filmed. Terrifying for the poor child.

He added, "You must allow us to do our jobs. It is imperative that we follow the right processes as we investigate this incident as any interference could potentially affect proceedings further down the line." Additionally, Section 60 Order has been authorized for the entirety of the Borough of Merton and Wandsworth. This grants police additional stop and search powers, for fear of serious violence.

Thank God that disgusting pedo Kadian Nelson‼️ was caught before he could do anymore damage to that poor girl😪 the CCTV is disgusting pic.twitter.com/42wujEqQnu