trending celebrity people lifestyle news animals
Boy, 17, Walks In Front Of A Train Because He "Wanted To Be With His Mum" Who Was Killed By Dad

Boy, 17, Walks In Front Of A Train Because He "Wanted To Be With His Mum" Who Was Killed By Dad

Jamie McKitten was hiding in the bedroom when his mother was killed. Not a day went by after that when he didn't think about her and miss her. 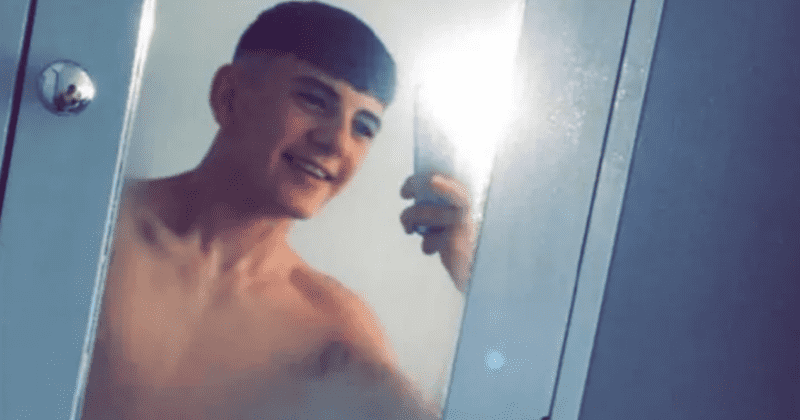 Trigger Warning: This story contains details of abuse and suicide that may be disturbing to readers

Jamie McKitten was just 4 when he witnessed his father sexually abuse and murder his mother. Unfortunately, this trauma ended up weighing down the County Durham, England resident to such an extent that 13 years later he walked in front of a train. All the 17-year-old wanted at that point was "to be with his mum." According to Chronicle Live, Jamie was hiding in the bedroom when his mother was killed. Not a day went by after that when he didn't think about her and miss her. "He would say how much he wanted to be with her and would cry at night, he couldn't remember the sound of his mother's voice," revealed his maternal grandmother, Shelley, who took him in after his mother's death.

Although Jamie's father, Stuart Cummings, was sentenced to life in prison for his horrendous crimes, the teenager couldn't overcome it. At the tender age of 12, he was diagnosed with PSTD and it is believed that he had ADHD as well, although it wasn't formally diagnosed. "For the first year, Jamie received counseling from Barnado's and was appointed a social worker who he never met and because of this Jamie was left out by social services in those early days," recalled Shelley. But the trauma of witnessing the violent death of a loved one impacted his behavior at school as well. He was expelled from one and had to be admitted to another school for people with social, emotional, and mental health difficulties.

Genuinely one of the saddest stories I think I've ever read. RIP lad. What a tragic life. Sensitively told by @GavinHaveryEcho https://t.co/kKjZagbq79 pic.twitter.com/0UuoyIyDyQ

Things were looking good as he was preparing to go to college last year and had also taken up the GCSEs. His grades were not high enough to get him into college so he decided to get into Derwentside College to study construction because he wanted to be an electrician. But soon he came to the realization that college just wasn't for him. So he joined his uncle for a landscaping job and had big plans for the future. The teenager was looking to invest the criminal compensation that he was about to receive in a truck to start a business. Seeing how motivated he was, his grandparents gifted him driving lessons for his 17th birthday. This was a huge leap forward given how difficult it was for him to control his emotions while growing up.

During the years after his mother's death, McKitten managed to find ways to cope with her loss but none of them were healthy. At one point he even stopped seeing a counselor because every time he changed one, he had to relive the tragic moments he lost his mom over and over again. Thus, he began depending on drugs to numb his pain. He started drinking vodka, smoking cannabis, and even used cocaine as well. Even on the day of his death, he was at a park with his friends in an inebriated state. He reportedly called his grandparents and asked them to pick him up but because his grandfather had already had a couple of drinks, he couldn't come to pick him up. As for his grandmother, she couldn't drive so the teen decided to walk.

To those who knew him, Jamie McKitten was a loving lad who had a "twinkle in his eye"https://t.co/Y2cpFqAdQU

Witnesses told the Coroners Enquiry Coordinator for the British Transport Police that he jumped into a river with his phone following the call. Then later that evening he was spotted at a store using the phone to ring his grandparents. "You don't understand, you don't have a clue. Alright nee, bother," he said according to a witness. Following the call, he walked to the train station, walked over the platform, and jumped in front of the train as it passed. A post mortem examination revealed that his death was caused due to multiple injuries consistent with being struck by a train. A toxicology report also revealed traces of alcohol, cannabis, and cocaine in his system at the time of his death.

Marking it as a suicide, Assistant Coroner Leslie Hamilton concluded saying, "For me, the most notable thing is that he stands for a minute and a half on the track then steps across to the other lane just as the train approaches. I'm satisfied that Jamie wished to take his own life, he was able to stand in the same position and purposefully step across."