Here's What The Cast Of 'The Wonder Years' Look Like, 33 Years Later

It's been 33 years since the show aired on TV. Here's what they look like now, and what they have been up to since then. 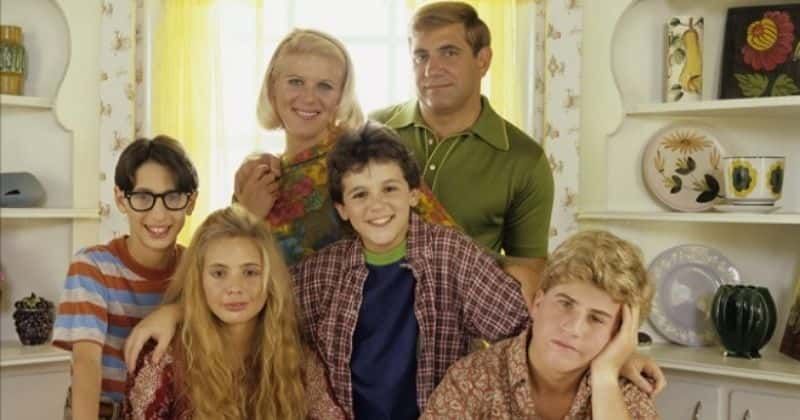 If you think of feel-good TV series from the '90s, The Wonder Years is often one of the first names to come to mind, and rightfully so. The beloved series brought us the life of an average American family, the Arnolds. Though the show was mainly focused on the trials and tribulations of its protagonist, 12-year-old Kevin, and his journey to becoming a grown-up, it tackled numerous subjects of the '60s and early '70s like "the Vietnam War, the rise of feminism, the counterculture movement, and more," reports INSIDER.

Premiering on January 31, 1988, the show went on to become a crowd favorite as audiences lapped up Kevin's coming-of-age story as he explored his teens with his crush Winnie Cooper and best friend Paul Pfeiffer. Acclaimed by critics as well, the show received over 28 Emmy nominations over its six-season run on ABC, bagging four of them, including one for the lead actor.

Now, as news of a reboot of the show has been reported, most of us are left wondering about the original cast—what they are up to and what they look like. Let's take a look.

After the show ended, Savage took a break from acting. He returned as a TV director for episodes on various shows like It's Always Sunny in Philadelphia, Modern Family, and Black-ish to name a few. He also acted in the Netflix series Friends from College and The Grinder. Savage is currently working with the co-creator of the original show, Neal Marlens, writer Saladin Patterson, and Lee Daniels on the reboot of the show. The series will feature the story of a black family living through their "wonder years" during the turbulent times of the '60s when America dealt with civil rights movements.  Savage will executive produce the show, and is set to direct the pilot episode of the reboot.

McKellar, now 46, was a contestant on Season 18 of Dancing Stars 2014 and starred in the Netflix original Project Mc2. She also worked on several Hallmark Movies including Crown for Christmas, My Christmas Dream, Campfire Kiss, Love and Sunshine, and Christmas at Dollywood. On January 29, another one of her Hallmark movies called Matchmaker Mysteries: A Killer Engagement, premiered on the channel. She also starred in an episode on The Big Bang Theory. Besides acting, she's also an author on six non-fiction books on mathematics.

Saviano quit acting after the series and went on to pursue a law degree. At present, he is a lawyer/entrepreneur with his own company "Act 3 Advisors" through which he partners with actors looking to start their own branded business.

Hervey quit acting after his appearance on The Wonder Years and appeared in a few reality show for a few years including an appearance on Hogan Knows Best.

Mills appeared in the 1993 TV show Dr. Quinn, Medicine Woman, and went on to guest star in several shows over the years. From 2006 to 2019, she played the role of Pamela Douglas in hit TV soap The Bold And The Beautiful.

D'Abo starred in dozens of TV shows, TV movies, and movies since the end of The Wonder Years. Currently, she's signed on to voice Luminara Unduli in Star Wars: Episode IX - The Rise of Skywalker. In 2021, she's set to appear as Grace Baxter in the horror-sci-fi movie Staycation.

Lauria has gone on to hold several cast member roles including in series such as Perception, Sullivan, and Pitch. This year he will take on the role of Lenny Krengel in MacGyver, and as The Warden in the yet-to-be-announced series ESQ.

Crystal McKellar, the sister of Danica McKellar, has become a full-time attorney in San Francisco, California. As per her LinkedIn profile, she is the Founder and Managing Partner of Anathem Ventures, a venture capitalist firm.

Diamond has over 40 credits to his name since his appearance on the show. His last acting role came in as a Music Teacher in the short film Catching Up. He's most popular for his role on Saved By The Bell, a sitcom aired around the same time as The Wonder Years.