From the minutest things like talking a store clerk to selecting dolls for their biracial daughter, there were a lot of things she hadn't noticed earlier. 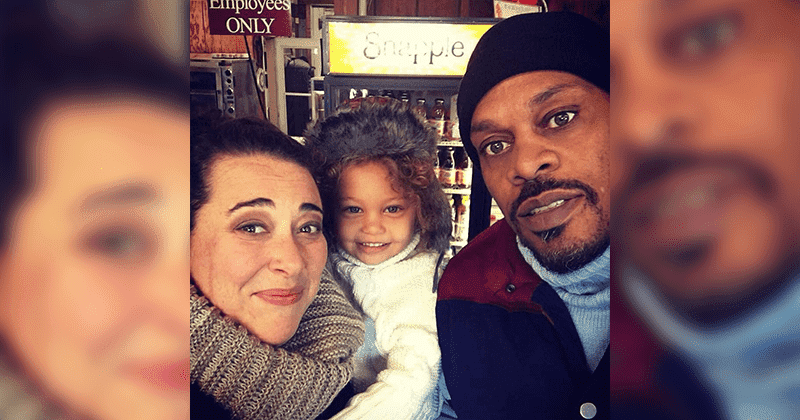 What does White privilege look like? According to this mom, it's a lot of things. This Ohio couple stays in Daytona and has been married for seven years. Even just minutest things like leaving the "safe" area come with a decision as to who should occupy the driving seat of the car. "So as a White woman married to a Black man and raising a biracial child I've had to unlearn a lot of things. I've also had to learn twice as much. I've had to become aware and start to notice things my mind never would have before," wrote the wife in her family's Facebook page called The Chandler Crew. She said she and her husband named Walter, had been discussing some of these issues. She realized the issue of race crept into each and every aspect of their lives.

When they are heading away from their home to smaller Ohio town roads "we just both know that...I’m the one driving," she wrote. Simple things in life like dealing with store clerks, getting documents signed, or anything with any federal building or administrative work had to be handled by her since "people listen to me and are much more agreeable than with him." The chances of finding a Black or interracial couple on a greeting card are "SLIM", she added although there are hundreds of cards with White couples to choose from. Because her husband has an imposing stature he makes it an effort to be extra nice to everyone. He even tries to "overcompensate" with his friendly nature because "a 6’5 Black man intimidates people," she wrote.

She also wrote about the prejudiced outlook of neighbors, who thought for the longest time they did not own their own home. "Multiple neighbors stopped my father and asked him if he was the new landlord for us. Because of course, the old white man must have purchased the home. Not only do we own our home, it’s fully paid off, we have no mortgage and we paid for it BY OURSELVES," she confirmed. Even people who would otherwise greet them as a family will "cross the street if Walter was walking alone," she wrote. You would think the couple would not be judged in a church. But even there they have faced problems. "It took us YEARS to find a church without racist undertones and low key racist members, YEARS!" she emphasized. For their daughter's doll shopping, she gets "25 White options and 1-2 Black or mixed race doll options."

One of the sure things to do is to avoid places with confederate flags. "If we go to Bob Evans (or any restaurant that caters to “seniors”) too early we are met with a lot of stares, the old racists eat between 4-5 pm. When Walter goes to a playground with our daughter he constantly stays by her side, if not he gets stares and people wonder what the “big black man” is doing on the park bench," she wrote. Political signs are a big no in the house. She added, "Walter is concerned our Black Lives Matter sign by the door will make us a target when he is not home so he asked me to remove it." The writer emphasizes that her post was not to win sympathy since they have a great life together. It is however to give "a small glimpse into the intentional and unintentional racism that happens everywhere, all the time."

But at the same time, she wanted the world to change for the better. She said she was tired of finding "a different gas station when the one we drive by has two trucks with confederate flags and 6 white boys in sleeveless shirts standing around outside. I’m tired of my husband having to talk to everyone and never complain even when they mess up his order 10,000 times, I’m tired of driving Damn near everywhere, I’m tired of the sick feeling I get when a cop pulls behind us, I’m tired of having to worry anytime my husband has to work OT and leaves in the middle of the night, I’m tired and I’ve only been on this ride 7 years, imagine a lifetime of this!"