trending celebrity people lifestyle news animals
Will Smith Admits He and Jada Had An Open Marriage: "Marriage For Us Can’t Be A Prison"

Will Smith Admits He and Jada Had An Open Marriage: "Marriage For Us Can’t Be A Prison"

During an interview with GQ, the Men In Black actor revealed that at some point in their marriage, the couple decided not to practice monogamy anymore. 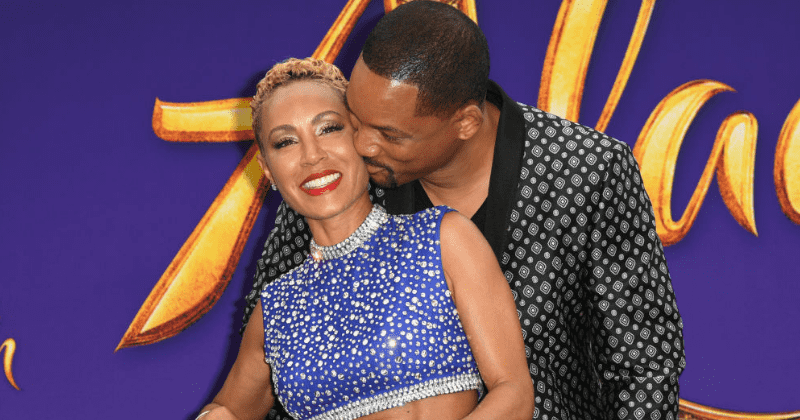 Will Smith is finally opening up about the real nature of their marriage. During an interview with GQ, the Men In Black actor revealed that at some point in their marriage, the couple decided not to practice monogamy anymore. The 53-year-old began by explaining how they grew up with different values. "Jada never believed in conventional marriage... Jada had family members that had an unconventional relationship," explained the star who has been married to Jada since 1997. "So she grew up in a way that was very different than how I grew up."

"There were significant endless discussions about, what is relational perfection? What is the perfect way to interact as a couple? And for the large part of our relationship, monogamy was what we chose, not thinking of monogamy as the only relational perfection," he shared. However, he did admit that this approach to their relationship isn't everyone's cup of tea. "We have given each other trust and freedom, with the belief that everybody has to find their own way. And marriage for us can’t be a prison," he added. "And I don't suggest our road for anybody. I don't suggest this road for anybody. But the experiences that the freedoms that we've given one another and the unconditional support, to me, is the highest definition of love."

Just last year, Will and Jada discussed his wife's "entanglement" with singer August Alsina, who was just 27 at the time, during a candid interview on her Red Table Talk series. However, The Pursuit of Happyness star did acknowledge that Jada wasn't the only one engaging in sexual relationships outside their marriage. He did not wish to go into further details regarding this open-marriage situation as he had changed his mind about it in recent years. "It may seem hard to believe, but I would lose sleep over not giving you the answer that I know you could use. I want to help you, I want you to succeed, I want you to have a headline," he said according to Daily Mail.

"But by the same token, I don't want to deal with the backlash of that in the world. To say I don't want to talk about that three years ago would have been f****** excruciating for me," added the Aladdin actor. The father of three also opened up about a previous fantasy about having a harem of famous girlfriends. When he shared the idea with an intimacy coach, Michaela Boehm, she worked on the list with him as he planned don contacting the women. However, Will soon realised he couldn't go through with it and found the idea "horrific." "I don't know where I saw it or some s*** as a teenager, but the idea of traveling with 20 women that I loved and took care of and all of that, it seemed like a really great idea," he explained. "And then, after we played it out a little bit, I was like, 'That would be horrific. That would be horrific. I was like, 'Can you imagine how miserable?'"

Apparently, discussing his fantasy in depth was an extremely helpful exercise for the actor as he told the men's lifestyle publication, "What she was doing was essentially cleaning out my mind, letting it know it was OK to be me and be who I was. It was OK to think Halle is fine. It doesn't make me a bad person that I'm married and I think Halle is beautiful. Whereas in my mind, in my Christian upbringing, even my thoughts were sins. That was really the process that Michaela worked me through to let me realize that my thoughts were not sins and even acting on an impure thought didn’t make me a piece of s***."