trending celebrity people lifestyle news animals
A Wizard Of Oz Remake Is In the Works: Report

A Wizard Of Oz Remake Is In the Works: Report

New Line was said to be impressed with Kassell's impressive world-building for 'The Watchmen' TV series. 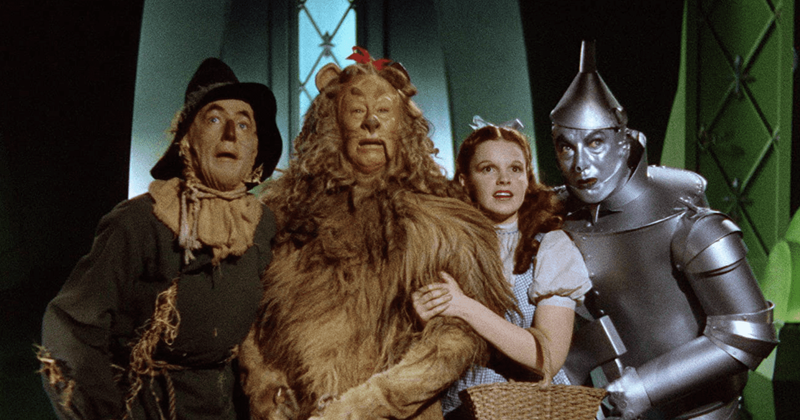 The time has finally arrived for the yellow brick road to get a new paint job. That's right. The Wizard of Oz, the classic 1939 movie based on L. Frank Baum's kids novel, is being remade. The Woodsman director Nicole Kassell has been roped in to direct the film by New Line Cinemas after parent company Warner Bros. Pictures decided to exercise its rights for the Judy Garland starrer. The new film is expected to take a fresh route compared to other adaptations we've seen in recent years. According to The Hollywood Reporter, previous screenplay drafts were written by Gavin James, Neil Widener and Darren Lemke.

Issuing a statement after being given the responsibility to helm the retelling of the classic, Kassell noted she has "profoundly iconic shoes to fill" and added that she is "eager to dance alongside the heroes" of her childhood. "I am incredibly honored to join Temple Hill and New Line in bringing this beloved classic to the screen. While the 1939 musical is part of my DNA, I am exhilarated and humbled by the responsibility of re-imagining such a legendary tale. The opportunity to examine the original themes —the quest for courage, love, wisdom and home — feels more timely and urgent than ever." Marty Bowen and Wyck Godfrey of Temple Hill are set to produce the tale with Marc Platt while Isaac Klausner has signed on to executive produce.

Kassell is a well-known and sought-after director in the TV scene having worked on several hit series including The Americans, Vinyl, Watchmen, The Leftovers, The Following, The Killing, and Better Call Saul. The 49-year-old began her stint as feature film director with The Woodsman -- a movie which premiered at Sundance in 2004 before going on to helm 2011's A Little Bit of Heaven featuring Kate Hudson and Gael Garcia Bernal. According to Variety, the director recently won an Emmy and a Director's Guild of America award for HBO's Watchmen in which she served as executive producer while directing several episodes. She was said to be the visual architect of the superhit series and her talent in building a compelling world from scratch has beckoned New Line to hire her for the reimagining of the classic novel, The Wonderful Wizard of Oz.

I don’t usually criticize a movie before I’ve seen it, but yeah, sorry. I don’t care who is remaking it - it’s unnecessary and unwanted. Hard pass.

On Twitter, people had a mixed response for the announcement with some showing excitement over Kassell's direction for the upcoming flick while others said they wanted the reboots and remakes to stop altogether. Brandon Woods tweeted: "I'm so excited about this and can't wait to see who they cast!!!"  Tim Zullinger shared that he would be in for the ride if they adapted the book. "This could be interesting if they adapt the books, (which are weird, wonderful, and full of potential material) and completely forget about the movie. I doubt that will happen though. Give me Ozma, vegetable people, Wheelers, and the Nome King, baby." However, some expressed their reservations about the director going by her trackrecord. SubUrbanKL wrote: "You can imgine already how much darker and sinister this story will become," and added that "Classics like this should never be remade." Jorge Garcia seemed a little unsure about the route the movie would take and wrote: "Is it remake of the movie or an adaptation of the book series. I hope it’s a more faithful adaptation of the series."

Oh boy do I hope they do something novel like put a gritty and dark twist on the retelling!

We'd last seen the story of Oz via the 2013 film Oz The Great And Powerful featuring James Franco in the titular role while Rachel Weisz, Michelle Williams, and Mila Kunis played the three witch sisters. The Sam Raimi-helmed flick was produced on a budget of $200 to $215 million but only managed to gross $493.3 million at the worldwide box office.