trending celebrity people lifestyle news animals
Mom Allegedly Left Newborn In Toilet After Giving Birth. She Was On Parole For Murder Of Another Baby

Mom Allegedly Left Newborn In Toilet After Giving Birth. She Was On Parole For Murder Of Another Baby

Denette Williams from Conroe was out on parole after serving 5 of the 10 years in the 2011 case of her son's death. 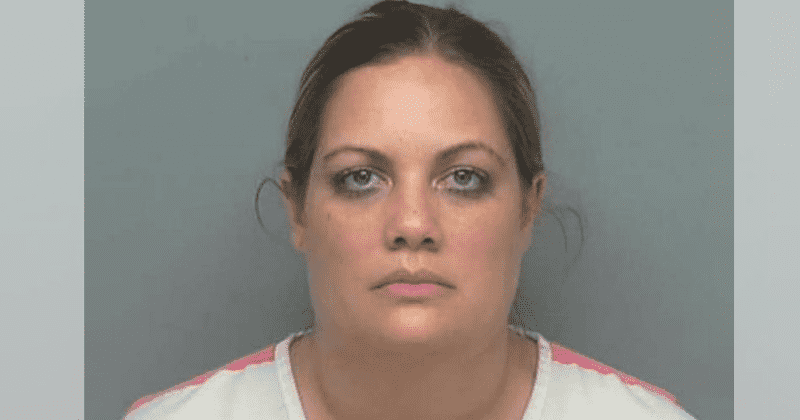 Trigger Warning: The story has details of child endangerment, child abuse, and child death that readers may find disturbing

A Texas woman, who served time for the murder of her baby back in 2011, has been accused of leaving her newborn in the toilet while she was out on parole for the first case. Denette Williams told police she had no idea she was pregnant and went to the toilet after experiencing cramps, then heard a "plop" and saw blood, last year in September, reports ABC13. But investigators found these claims were false since William's mother had asked her if she was pregnant a few days before the incident. She said she needed to go to a doctor to check since she wasn't sure. Investigators believe Williams deliberately left the baby to die in the toilet and she has been charged with child endangerment.

Mom Allegedly Left Newborn in Toilet After Giving Birth While on Parole for Role in Death of Another Baby​ https://t.co/SR3YW5KQaM

Her boyfriend, Christopher Hardmon, was the one who discovered the baby girl with her head down the toilet and rescued her. He then called the police. He told them he heard Williams screaming in the shower. Luckily for the baby, she was taken to a hospital in time and was saved. Doctors said she was healthy and doing well. According to the Houston Chronicle, the child still had a six-inch piece of the umbilical cord attached to her. Investigators also received a copy of the SNAP benefits Williams had applied for, where she had identified herself as pregnant, and even gave the due date as September 11. William's mother stated she had noticed a belly bulge on her daughter days before the incident, according to a case affidavit. Williams was out on parole on a $50,000 bond.

the death penalty would be too nice for her. She needs to pass in a way that she feels the pain of every life she took. 😠

Back in 2012, she was charged and convicted in the death of a newborn boy named Braylon Hood, a year earlier and was serving a sentence of 10 years. She was out on parole after serving five years. The one-month-old baby died of injuries inflicted due to blunt force. When he was found, he had bruises and injuries on his spinal canal. He also had a broken neck believed to have been inflicted by Williams when she held him by the neck while feeding him, according to the police. The baby had also been left in a car seat for 11 hours, while Williams and the child's father, Jimmie Hood, watched a movie in their home in Conroe, stated police. At the time of William's conviction, the prosecution stated that the baby was not taken to a hospital for medical care, nor fed or changed.

What she said is unbelievable, what about the cord, she must have seen it.
Criminals should not be allowed to have kids or animals.

Prosecutor Sheri Culberson told Williams during a trial, "When you cause the death of your own flesh and blood from sheer neglect, you don’t deserve probation." While Williams was originally handed a sentence of 15 years it was reduced to 10 years in 2014. Williams was allowed parole in, 2017 and the expiration runs till 2022. Judith Shields, the defense attorney said, “I think that when everything is looked at and brought forward that we may find that Denette is not the hideous monster that the state is trying to portray her as, so we’re just gonna keep working to find the truth.” If convicted, the accused could face jail time of two years and a fine of $10,000 fine. We reported a similar case in Missouri where a mother gave birth in the restroom of her workplace and drowned the child there.

Makuya Stephanie Kambamba, 28, of Kirksville, is charged with first-degree murder and second-degree murder in the May 6, 2020, death of her newborn baby.https://t.co/LIK2pbFTHb

Makuya Stephanie Kambamba, 28, of Kirksville worked in the Smithfield Foods plant located at Mila and was charged with the murder of her newborn baby and several other counts of felony charges—first-degree involuntary manslaughter as well as second-degree involuntary manslaughter. Kambamba entered the restroom of the plant with contractions and gave birth to a boy, but she deliberately drowned the child for 30 minutes. A nurse from the food plant also entered the restroom and found the baby and mother, after which the police were called.