Authorities found her dead body in an upright position with her legs crossed. The horrifying incident took place in a forest near St. Petersburg, Russia. 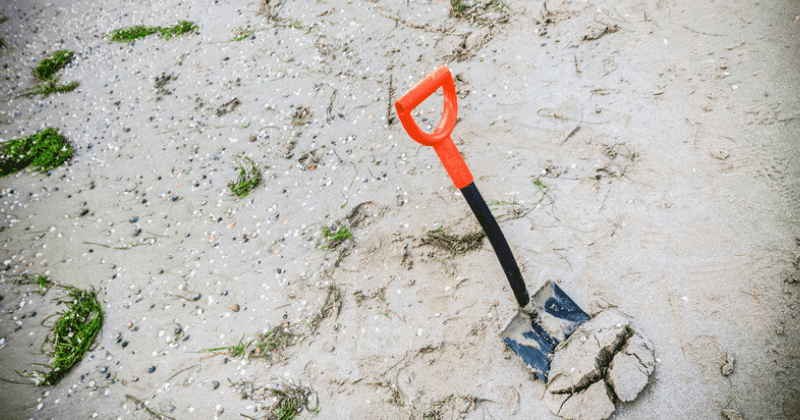 Trigger warning: This story contains graphic details of a crime that readers may find disturbing

In a shocking incident, a woman who was "buried alive" with only her head above the ground was later pillaged by wild animals and found sitting in the lotus position when her body was unearthed. The incident occurred in a forest near St. Petersburg, Russia, over a week ago. As per The Sun, the woman had gold chains and pendants in her pocket and socks. She was said to be sitting in an upright position with her legs crossed. Local media reports suggest that the woman may have been alive when she was dumped into the grave.

Woman ‘buried alive with only her head above ground was eaten by animals and found sitting in the lotus position’ https://t.co/WOSlcmpllx

The injuries she endured on her face were said to be inflicted by wild animals and birds after she had died. A media company released the shockingly horrific pictures of the woman's unidentifiable head with her jet black hair and injured face. Sources spoke to Fontanka news agency said the woman was believed to be in her 40s and may have died because of strangulation. Local police authorities are working out the reasons behind the incident and are also in the process of establishing the official cause of her death. Authorities are also said to be investigating whether the burial was simply an act of atrocious crime on had any religious or ritualistic meaning behind it. Other sources reportedly pointed out that the way the woman was found was indicative of an ancient Russian execution style that was inflicted on women who murdered their husbands.

Bloody hell. What an horrendous way to go.

Police said the mind-numbing discovery was made by a woman who was walking in the forest. The body was found in the forest located between St. Petersburg and the suburb of Yunotolovo, which has a population of over 10,000. The location she was buried in was 500 meters away from a highway that links the suburb to the city. An autopsy on the body has been ordered and more details of the same will be released. In a similar incident from earlier this year, a woman in China was buried alive by her son for three days before she was rescued by police who dug her out. A video of the grave being dug and the woman being pulled out went viral on Weibo and has led to numerous reactions ranging from anger at the man to relief that the woman was saved.

How cruel can Mankind be

The woman's son named Ma Mou, 58, according to local reports had put his 79-year-old mother in a trolley and had taken her out of their house on the evening of May 2. He came back home early the morning of the next day but without his mother or the trolley. The man's wife named Zhang Mou got suspicious about the whole thing and asked him about her mother-in-law. But he gave an explanation that was less than convincing. The old woman had no food or water, and it is a huge wonder that she survived.

She survived for three days in an abandoned grave pit. (via @toofab)https://t.co/6i42STp3ln

He told his wife his mother had gone to see her relatives. The wife did not buy her husband's explanation and soon went to the local police station to file a missing complaint. According to a report in TooFab, the old woman had been unable to move because she was paralyzed. While the reasons for the son taking such drastic action is yet to be ascertained and the local police are still conducting an investigation, it is safe to say that the man will be punished for his cruel act. The incident was reported from Jingbian County, in the northwest of Shaanxi Province, China, bordering Inner Mongolia to the north.