Jones and his husband are now forced to self-isolate themselves so that they avoid the risk of infecting others as they aren't sure if the lady was positive. 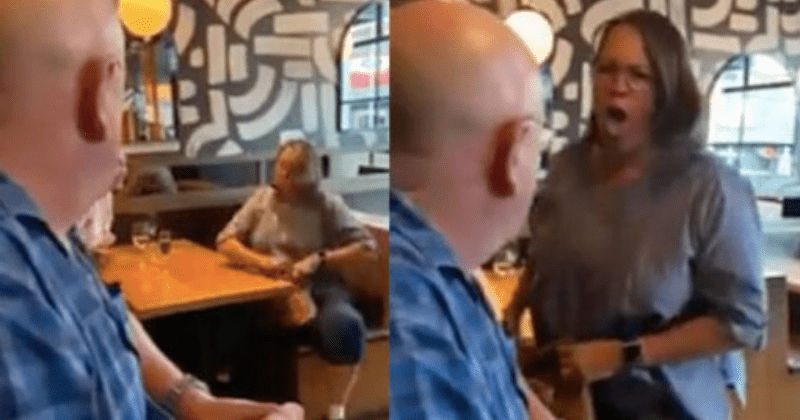 There are over 5.2 million confirmed cases of Coronavirus in the world and over reported 334,000 deaths. And yet, there are sections of people in our society, who continue to protest, out in the open, against the very lockdown measures instated to keep them safe. They are blatantly putting their lives and the lives of those around them at risk, all to prove a point. In a harrowing incident that occurred in Australia, a woman was told not to sit at a table in a bar for social distancing reasons. However, she reluctantly complies with the order and proceeds to cough in the man's face who pointed it out.

There was a sign on the table not to sit there because of social distancing. Karen moves the sign and sat there anyway. The management asked her to move or leave. This is what happened next. #covid19 pic.twitter.com/QV1rHAmitU

According to Today, Andy Jones and his husband Colin were enjoying a drink at a Sydney bar when they noticed a woman move a sign to sit at a table a couple of yards away infringing on the rule to keep a safe distance away from other customers. Jones pointed it out to her but suffered the wrath of her terrible reaction. "Basically we were told to mind our own business when we said that you can't do that. Management came over, and asked them either to move or to leave, and she tipped the drink all over the table and walked up to my husband and coughed in his face."

This is attempted murder, colonizers did the same sht to the indigenous ppl & look at how that turned out

The entire incident was captured on video by Jones who then proceeded to upload it on Twitter for the world to see. The six-second clip has since gone viral, amassing more than 3.4 million views along with thousands of comments from concerned citizens. Jones and his husband are now forced to self-isolate themselves so that they avoid the risk of infecting others as they aren't sure if the lady was positive. "It's terrible, really," he said. "We don't know if that lady has got the virus or not. So, we've got to watch my husband now very carefully."

When people say we don’t need government rules to enforce public health guidance like social distancing because people will inherently do the right thing, refer back to this video.

While he condoned the lady's actions, he is all praises for the bar's management who have gone "above and beyond" to accommodate customers while still maintaining the social distancing guidelines put out by the government. "The bar itself, their staff had gone above and beyond to look after us," he said. "They're constantly wiping down the walls and the tables." Only 25 people are allowed to sit in the bar to maintain distancing, he continued. "They're doing everything that the government is telling them to do, and somebody can just flippantly cough in somebody's face."

The other customer should pursue criminal assault charges since she tried to bodily harm him with a deadly virus.

The incident occurred a little over two months ago when the Australian government was still urging people to maintain social distancing. A few days after this occurred, Australian Prime Minister Scott Morrison ordered the shutting down of all commercial establishments across the country with stricter measures brought into action. Wirefan51 wrote: "So this coughing and sneezing on people is officially now a thing? Too many examples of this behavior. Isn't it now classified as terrorism? I thought somebody was charged with that in a prior incident." Ronald W Lewis wrote: "She needs to be arrested that's a crime those people need to be thrown in jail when they do that kind of stuff. Given one hell of a fine maybe they would grow the f up. And I try not to cuss but when I see that it pisses me off. To intentionally in danger."

This should be considered assault at the very least. If he gets sick- she's liable.

Until and unless people stop acting like this and start caring for the safety of their community, the pandemic could continue to wreak significant damage to humans.