Dr. Amanda Stronza believes every animal is special no matter how big, small, common, or exotic they are. 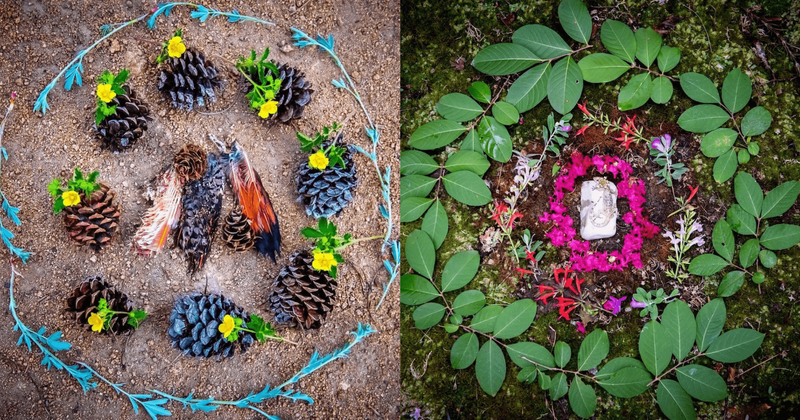 As an anthropologist, professor, and photographer, Dr. Amanda Stronza is fascinated with all things wildlife. She's amassed more than 40k subscribers on her Instagram over the years posting amazing pictures of elephants, leopards, moose, and dozens of other wild animals from her wildlife safaris. A closer look into her grids will show you something else she's grown accustomed to doing. Since she's dedicated a majority of her time to wildlife, the academician has come up with a tradition of her own — to memorialize every dead animal she comes across. She basically adorns the body of the animal in colorful flowers and photographs them to honor their lives and they are as breath-taking as they are heart-breaking.

Along with the pictures, she writes emotional eulogies describing the possible causes of their death and generally celebrates the lives they lived up until their last breath. Stronza embarks on this solitary journey because she feels they're not just a snake, bird, or rabbit, according to her, "they are all special" and they deserve the love and care, and a proper send-off when they depart. Giving us an inkling into what sort of a person she is, is a post about a tiny mouse where she describes finding it in her yard in Colorado and caring for it till it passed. "Years ago, when I was doing my Ph.D. research in the Peruvian Amazon, I found a field mouse outside my hut. He was clearly in some kind of distress. Maybe he’d been caught by a hawk and dropped? I don’t know. He was barely moving", she shared, per Bored Panda.

Stronza describes how she took the little critter in and began feeding him milk and carried him everywhere, including interviews. The little guy made great strides towards recovery for about a week before aspirating milk through his nose and eventually passing away. She was inconsolable because she lost a sentient being she had grown fond of and was even enraged when people said, "...he's just a mouse..." She shared: "I understand what they meant. I get it. He wasn’t a rare or precious creature. He wasn’t a jaguar or a scarlet macaw or a giant otter. But I also don’t get it. He was one mouse I cared for and loved. He was a sentient being, albeit a tiny one, with feelings and fears and pleasures and thoughts I could never know. He had a life. He was special." The emotional musing goes to show she loves animals greatly no matter how tiny and insignificant others felt they were and her tradition came from a place of compassion that every being deserves a good farewell.  Take a look below to find some of Stronza's touching, beautiful, and heart-rending tributes from over the years.