Tiktoker lexxxieb came under a lot of criticism while others opined she should be left to grieve in the way she wanted. 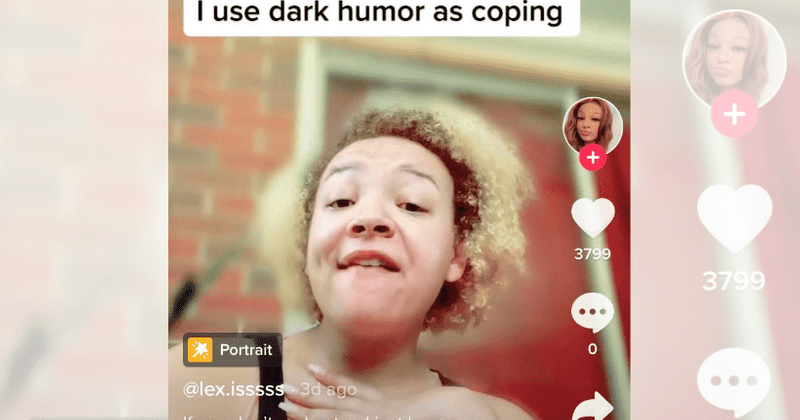 A Tik Toker called @lexxxieb (Lexi) caused a storm on the video-sharing platform after she shared clips of herself dancing with her stillborn. The woman who has around 24,000 followers was documenting her pregnancy for months. Unfortunately, her baby was born without a heartbeat. She continued to document herself and the baby, but the latest videos didn't go down too well with many called them "disturbing" and "creepy." According to Distractify, one had a background score showing her with a face filter. She even talks to her baby while holding her as the BoJack Horseman character Sarah Lynn.

THATS NOT EVEN DARK HUMOR ALSO THE AUDIO MAKES ME CRINGE AHHHHHHHHHHH pic.twitter.com/YzRe2EL0Ya

THERES A WOMAN ON TIKTOK THAT HAS HER BABIES BODY AND IS MAKING VIDEOS WITH IT??? IM LITERALLY GONNA PASS OUT WTF??

Stefanne NicoleI commented on Facebook: don't understand why it needed to be shared on social media. Besides that she should do whatever she needs to do to grieve. Rilana Esmeralda added: This is wrong. That baby deserves respect. Not a mother with a tiktok addiction (sic). Becki Stobbart opined: F**kin vile the captions. Its her child not a prop. Couldnt imagine putting my son on tiktok for likes when he passed before he was born (sic).

Others were more sympathetic and asked everyone to back down and leave the woman alone. Megan Nicole Christensen wrote: Let her grieve the way she wants. Losing a baby is absolutely devastating. Daneika Lindsay commented about nothing making sense after a tragedy like this: She is literally mid trauma the things we do during that time dont always make sense. She might look back on this and see it as a non traumatized person and think oh that was weird and hopefully she will have comments from people who understood (sic).

Connie Rahali who was divided about the video noted: don’t agree with the subtexts she put on those tik toks. it almost sounds like she wants the whole world to know (in an unhealthy way) that she lost her child.. but on the other hand which is way more significant than a person’s opinion is she’s a grieving mother who lost her child..

Responding to the comments, lexxxieb addressed the issue in more videos. In one of them, she stated that she was "coping" with the stillbirth in her own way. She said, "Dark humor at its finest let me cope in peace pls." In another, she wrote, "How I choose to deal with my stillborn birth let me cope in peace."

While she disabled the comments on her videos, many believed that the videos signified a mom's cry for help following a heartbreaking loss. Twitter handle @ahwrightden wrote: That girl posted 8 tiktok videos with her stillborn baby...she doesn’t need ppl to judge and bash her...she needs help...it’s honestly a cry for help. Remember ppl deal with grief in so many different ways, even the unhealthy ways too (sic). On Facebook, Lacie Morgan wrote: She’s broken, she’s lost, she’s in shock. Let this girl be, she needs mental wellness ASAP.

why is she doing tiktok dances with her dead baby? it might be a coping mechanism but come the fuck on. pic.twitter.com/zE6ufK9bXF

TikTok initially did not take the videos down as it did not violate any guidelines. They later took it down and gave their reason. A spokesperson said, "Our concern is also the well-being of our users, including the woman who shared her experience and those who may have viewed the content, and after careful review, we have removed the videos in question." They added, "While it can be difficult for platforms like ours to balance the individual’s need for healing expression with the community’s expectation for a safe viewing experience, our own Community Guidelines determined this as the appropriate action to take."

Despite this, Lexi continues to repost her videos.