The 61-year-old woman died after struggling for four months as the government disabled her $220 weekly benefit. 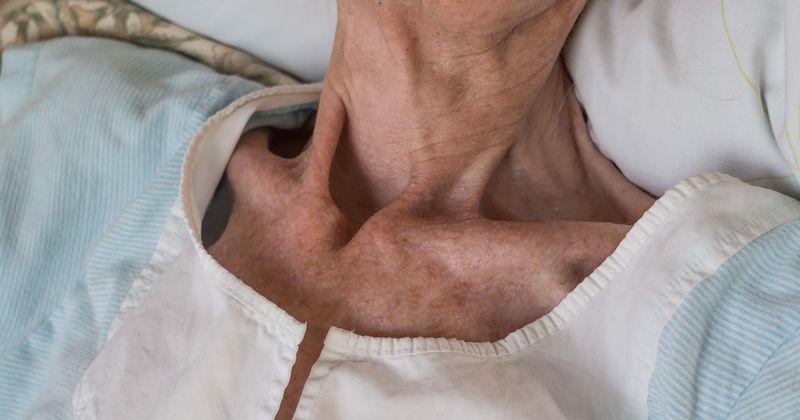 A grandmother has died from lung cancer after the Department for Work and Pensions in the UK put a stop to her weekly $226-benefits. She weighed just 42 pounds at the time of her death, reports Daily Mail. Christine McCluskey, 61, from Dundee, Scotland, suffered from several health conditions that confined her to her house and she was soon denied her disability benefits for four months before she died. When the DWP assessed her health in May 2018, she had Crohn's disease, a stroke, arthritis, osteoporosis, and chronic obstructive pulmonary disease (COPD). She was using a feeding tube, was terribly malnourished, and even had a bad case of cough, as per inews.

Tory Britain - THREE stone grandmother with terminal cancer dies after her Personal Independence Payments and mobility car were removed after DWP claim she could walk 200 metres based on her having hobbled from the sofa to the door to let them in... https://t.co/3GB3AsmpkC

In spite of her medical issues, the government body denied what was called her Personal Independence Payments and removed her mobility care based on the assessment of an independent, outside agency, but continued her Employment and Support Allowance. However, when she was diagnosed with terminal lung cancer, the DWP didn't reinstate her benefits. Speaking to news outlets, Michelle McCluskey, her daughter from Kirkcudbrightshire, said, "I can’t get my head around how someone could assess my mother as anything but very sick. You only had to look at her to see that. They said she could walk 200 meters based on her having hobbled from the sofa to the door to let them in."

At the time of her assessment, McCluskey had weighed 75 pounds but around the time she died four months later, her weight went down to just 42 pounds. McCluskey received justice for her case in front of a tribunal five months after she died when her daughter filed a case. A judge reversed the decision. The daughter was then able to receive the retrospective payments but she called it "too little too late". McCluskey has long been diagnosed as 80% disabled by a medical tribunal in 1986 but her health continued to deteriorate since them before she suffered a stroke in 2005. When she was in her 20s, she had suffered Crohn's disease and for the last eight years of her life, she had to be on a feeding tube for 16 hours every day.

How could people vote to create a situation where this could happen?!

The daughter blamed the report produced by the agency called Independent Assessment Service (IAS) and said it was "full of blatant lies." She said various elements relating to her report, including the one where it said she could get herself to the bath, were falsified; McCluskey had not been assessed for the same during her visit because she was too frail. She said that the report also pointed out that her mother's surgery scars were "not that bad" after only looking at one on her leg when ones on her stomach were still bandaged. The woman also said her mother's constant fight to get her benefits forced her to health to decline even faster. She is now gathering support for the Scrap 6 Months campaign started by Marie Curie and the Motor Neurone Disease Association. The agency is pushing the government to make it easier for terminally ill people to access the benefits they need without needing to go through red tape which adds to an already stressful situation.

The Department for Work and Pensions (DWP) is a British government department that deals with welfare and pension policy and is the largest government department when it comes to the number of employees and the budget. Started in June 2001, the department employs over 84,000 employees and has a yearly budget of over $220 billion. The agency has had to deal with increased claim requests in recent months in the wake of job losses spurred by the pandemic.

This is appallingly shameful.

I just wonder if in time to come and as attitudes change, that the way this government has treated many frail UK citizens will be compared by historians as to some of the worst and most callous disregard for human life in our entire history.