Marianna Mazzeo was molested from ages 6 to 11 by her uncle Richard Rose. 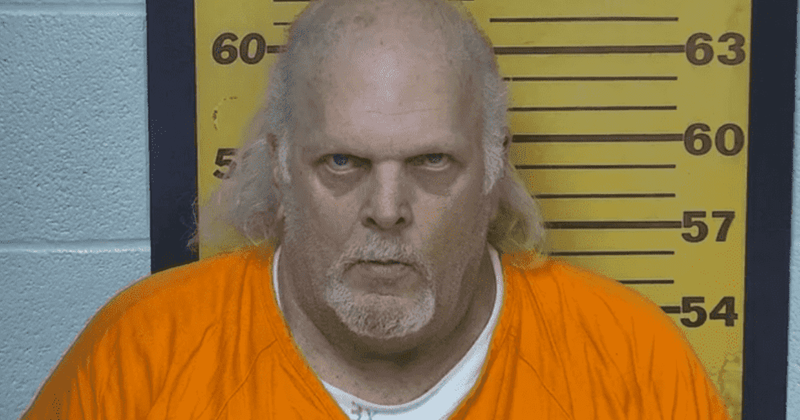 A man who repeatedly molested his niece over several years, starting from when she was just six years old, was sentenced to life in prison after she got him to confess on Facebook messenger. For two years, since 2018, 22-year-old Marianna Mazzeo has been waiting to find out if the jury believed her when she claimed that her uncle molested her for five years, from ages 6 to 11. Her uncle, Richard Rose, 59, was found guilty of five counts of rape and on Thursday, he was sentenced to life in prison, according to online court documents. In a PEOPLE exclusive, Mazzeo said, "I’m feeling strong and I’m feeling empowered — two things I haven’t felt in a long time. He won’t be able to hurt anyone again."

'I Molested You': Woman Got Her Uncle to Confess on Facebook Messenger — Now He's Going to Prison​ https://t.co/mDlFoFUvnD

The abuse she endured at such a young age led her to self-harm. At 14, she even tried to take her own life because of which she was put into a residential mental health facility. It was there that she reported the abuse to the authorities, following which a criminal investigation opened against her uncle. In 2013, the Danbury Township Police were contacted by an employee from Lorain County Children’s Services, informing them that a juvenile in their care told them she was abused by Rose. The 59-year-old was then interrogated by Danbury Township Police in November that year but Rose reportedly denied having any sexual contact with the victim.

According to Port Clinton News Herald, Detective Mark Meisler stated that he "appeared to be extremely nervous during the interview." He said Rose was evasive in answering questions, especially about the reported sexual abuse. In 2014, Rose also denied a lie detector test, and the investigation stalled due to the lack of evidence. Mazzeo found out about what had happened and she'd decided to take matters into her own hands. "When I found out, I wrote in my journal, ‘He stole five years of my childhood that I’ll never get back,'" she said. Back then, she vowed, "It’s not over. I’ll get a confession."

Marianna Mazzeo suffered from memories of sexual abuse by her uncle for years. She took matters into her own hands and got him to confess. https://t.co/isp55fgmgF

She spent years trying to get over the trauma inflicted upon her, and she succeeded, to an extent. However, in 2017, she came across a man who resembled her tormentor and was deeply triggered. That's when she decided that she could no longer hide from her past. She decided to reach out to him in an attempt to communicate and she managed to schedule a video chat with him on Facebook messenger. Before the call, she set up two cell phones; one to call him, and one to record the conversation. For the first time in eight years, she saw her uncle's face again, and she hit record from the beginning of the conversation.

#RichardRose will spend the rest of his life in prison after admitting on a recorded phone call to molesting his niece, #MariannaMazzeo for years, starting when she was six.https://t.co/FxKHYL59jn pic.twitter.com/You5xgeIF1

As he apologized for his actions, Mazzeo was unable to hold back her tears. But it wasn't enough, she needed him to admit to molesting her. "I need to hear you say it," she recalled telling him. It worked. "I’m sorry I molested you," he told her. Then, with the evidence that she'd obtained, she called the cops and handed it over to them. On April 12, 2018, Rose was arrested and charged on 50 counts of rape of a victim under the age of 10. Mazzeo says her hope now is to be an advocate for others who have gone experienced something similar. "Do not give up. It doesn’t matter if no one believes you in this moment," she said. "You know your truth. It has to come out eventually. It will come out eventually."