Woman Discovers Her Gynecologist Is Actually Her Biological Father, He Impregnated Her Mom Without Consent

After taking a DNA test, Hellquist realized that she was not of the ethnicity that Dr. Wortman had told her parents. 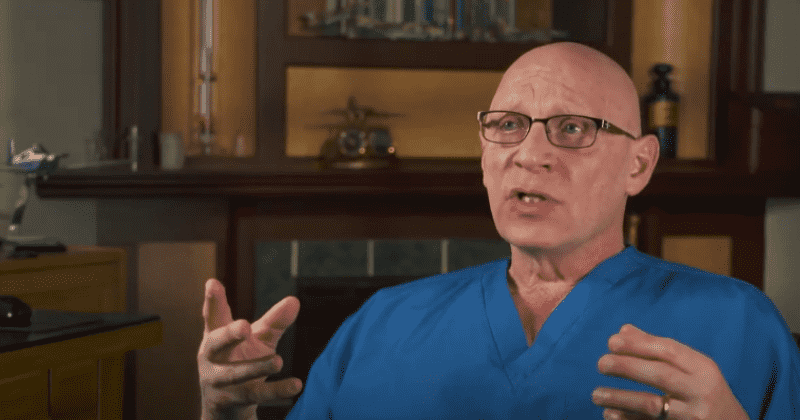 A woman had been going to her gynecologist for almost a decade without realizing that he was actually her biological father. Morgan Hellquist had been visiting Dr. Morris Wortman just as her parents had sought him when they had fertility issues. Hellquist was horrified to learn recently that Dr. Wortman appears to have used his own sperm to impregnate women without their consent, including her mother. Hellquist's parents thought they had used an anonymous donor but that doesn't appear to be the case, she found out. Hellquist is now suing her doctor and biological father over medical malpractice, lack of informed consent, negligence, fraud, and battery, reported The Washington Post.

Morgan Hellquist, who hails from Genesco, New York, was born in September 1985 had wanted to find more about her biological father. Hellquist's father Gary Levey had been struck by a drunk driver, leaving him paralyzed waist down. The couple turned to Dr. Wortman for help with artificial insemination between 1983-1985. Her parents were informed by the fertility clinic doctor, Dr. Wortman, that the sperm donor was a University of Rochester medical student with a specific ethnic background and no history of health issues. Hellquist's parents told her she was conceived via artificial insemination at the age of 8. Her parents sang praises about Dr. Wortman who helped them have Hellquist. She carried over the affection for Dr. Wortman who worked at fertility and women's reproductive health clinic, The Center for Menstrual Disorders. When a 26-year-old Hellquist suffered irregular menstrual bleeding, she reached out to Dr. Wortman and he remained her doctor from 2012 until 2021.

Lawsuit alleges Rochester Dr. Morris Wortman fathered at least six children by patients, apparently supplying his semen for what was purportedly anonymously donated semen. The resultant children matched their DNA with that of a known Wortman daughter.

She sought information on her biological father at his clinic in the 1990s but Dr.Wortman claimed that they hadn't kept records so couldn't help her. She first suspected Dr. Wortman of being her biological father when she visited him for a vaginal ultrasound in April. Dr. Wortman reportedly asked her to take her mask off, telling her she looked better without one. He then invited his wife into the examination room to meet Hellquist, so she could look at Hellquist's features and discern a physical resemblance to Wortman, the lawsuit alleges. Then Wortman allegedly said, “You’re really a good kid, such a good kid.”

The awkward conversation with Dr. Wortman and his current wife made Hellquist suspect her gynecologist of being her father. Hellquist turned to home DNA testing and found out that her ethnicity was not what her parents had been told by Dr. Wortman. The DNA testing revealed that she had six half-siblings and they had all been conceived through artificial insemination between the years 1981 and 1985.

One of her half-siblings contacted Wortman's acknowledged daughter from his first marriage and asked if she would undergo DNA testing so they could be sure. The results showed that there was a 99.99999% chance Wortman's daughter is also their half-sister, confirming her worst fears. Her gynecologist of almost ten years was her biological father. It horrified her to think of all the times she had gone to him for vaginal and breast examinations.

She filed a lawsuit against Dr. Morris Wortman, who fathered at least six children by patients he had claimed to find anonymous donors for. The lawsuit accuses Dr. Wortman and several employees at his clinic of medical malpractice, stating that he knowingly used his own sperm to inseminate the plaintiff's mother. He then later treated his biological daughter, Morgan Hellquist, for nine years. Hellquist states in the lawsuit that "no reasonable woman" would consent to Wortman's treatment if they knew he was their biological father. She adds that he performed numerous pelvic examinations, transvaginal ultrasounds, and IUC placements under sedation.