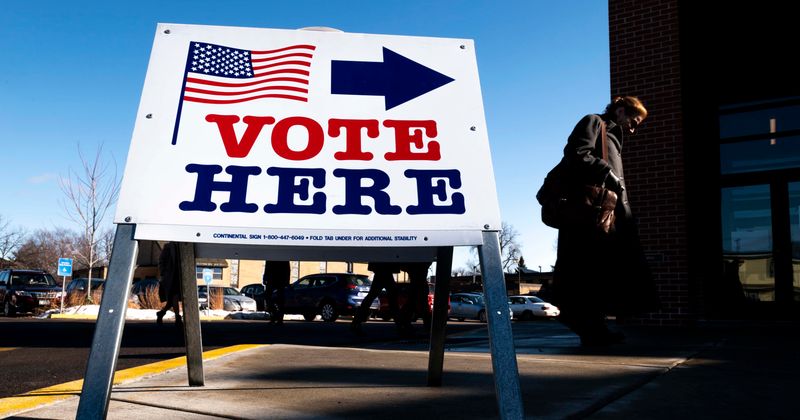 The importance of voting and exercising your right has been making its rounds for a while now. It's the last day to vote and people are making a beeline to cast their ballot. Among them was a dedicated citizen who went into labor but before going to the hospital, she made a quick stop at the poll booth to cast her vote. It's all about the dedication to make your vote and voice count in this Presidential Election. Not even going into labor could prevent this Florida woman from casting a vote, reported CNN.

A Florida woman in labor made a detour to vote early on the way to the hospital Tuesday before delivering her baby. #VoteEarly #VoteBidenHarris2020 https://t.co/LblHeLVCg4

"I have not seen anything like this before, but our job is to make sure that every eligible voter votes," Karen Briceño González, who works in the voter service department said. "No matter the circumstances, we're going to ensure that they vote even if it's someone in labor in a car." She met the woman's husband who came by the Orange County Supervisor of Elections Office in Orlando on October 27 to request a vote-by-mail ballot for his wife "who was in labor in the car outside." The woman who was not identified refused to go to the hospital until she voted, the office said in a statement.

Pregnant woman in labor stops to cast her vote in Florida before going to hospital https://t.co/3kndSOpKXq pic.twitter.com/HkDrWAJrrB

"I was helping at the counter with the voters for early voting and I got a gentleman handing me 2 driver's licenses," Briceño González explained. "I was telling him, 'No, I just need yours. If the other person wants to come in and vote, they can.' And he said, 'No, you don't understand. My wife's going to have a baby.'" That was when she rushed out to give the soon-to-be mother a postal ballot and check her ID. She assumed the woman would take her time to fill in the ballot and mail it in by November 3 but to her surprise, she wanted to cast her vote immediately.

God bless her and her baby

"She was calm, the husband was a little bit more nervous. We want to facilitate every voter that is eligible to vote, the right to vote no matter their circumstances,” Briceño González told Click Orlando. "I understand the importance of this election to some people. I gave her an 'I voted' sticker and she was on her way to the hospital. She was very happy that she got to vote." The woman thanked Briceño González who told her, "Oh my gosh, thank you for making it so easy," and added. "It wasn't a lot of conversation. I think she was concentrating on herself."

Elections in Florida can get complicated. The state is known for electoral dysfunction and incredibly close presidential races. 2020 is likely to be no different.https://t.co/7fWCo6F14b

Eileen Deliz, an election clerk, told The Guardian that the couple never mentioned why the woman had waited until she was in labor to cast her vote. "Maybe she wanted to come in person at one point and that’s why she was waiting, who knows. But she wouldn’t go to the hospital until she voted." Deliz added, "We are very, very busy, but when something like that happens it just makes our day. Every election cycle brings us a great little story." The couple then drove off to Winnie Palmer hospital on South Orange Avenue. The elections office did not keep in touch with the couple but wished them well and hoped they could reconnect with them someday.

"I hope that the baby is safe and she is safe and they are assured that their ballot was put in the ballot box and that their vote will be counted," Briceño González, who is also a mother said. She went on to say, "I was happy to print out the ballot and just make sure that I made it as easy as possible so she could go ahead and go to the hospital. I just wanted to make sure that as an American citizen that she got to vote." The results for this year's election will not be announced on the night of Election Day, which is November 3, because of the pandemic. According to USA Today, it might take days or even weeks for an outcome because of the flood of mail-in ballots this year.

Will it be a win for Donald Trump or Joe Biden?

How postal votes, legal disputes and stubborn candidates could delay the result of the 2020 US election
https://t.co/nmWmIXgXBM pic.twitter.com/3GPYzEsDV7