"We both wanted the same thing out of the relationship — a magical bond that only breastfeeding can achieve," the 36-year-old woman said. 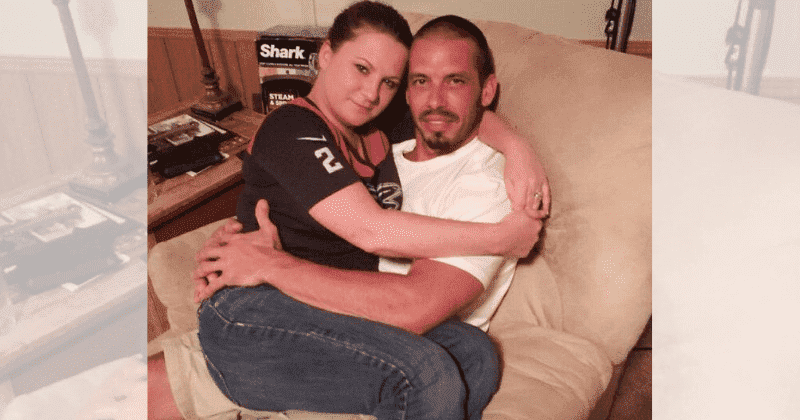 A woman in Atlanta has decided to quit her job so she can breastfeed her boyfriend every two hours. Former bartender Jennifer Mulford, 36, and her childhood sweetheart Brad Leeson, also 36, engage in breastfeeding as part of a romantic relationship. Like many other kinds of fetishes, adult breastfeeding relationship (ABR) is just one of many that are now more easily accessible through the internet, reports VT. Many like-minded people have found a way to come together and enjoy their kinks.

Serious mommy issues, but hey, each to his own. They're not harming anyone.

“When I read about the bond breastfeeding could create between two people, I was envious," said Jennifer. “I have always enjoyed my breasts being touched during sex more than anything else, so I knew I would enjoy it. When I read about the pure joy it brought others, I was desperate to seek out a partner to share an emotional bond with. I used dating sites, put messages on ABR forums and even put an advert on Craigslist, but I drew a blank. I started to think I’d never get to try adult breastfeeding.” That's when she found Brad. The two were a couple when they were in school together but broke up and developed a platonic relationship. But when Jennifer brought up ABR, Brad got on board.

“We were talking and Brad told me he had a thing for big-breasted women, and that size had always been a factor in his relationships," she said. “I thought it was the perfect time to bring up adult breastfeeding — and see if he’d be interested. It was like a light switch flicked in his head. I could tell from his voice that he was curious and excited. At that moment I knew that I had a partner for life. We both wanted the same thing out of the relationship — a magical bond that only breastfeeding can achieve.”

While the couple was ready for ABR, biology had to do its work. Since Jennifer had not given birth recently, her body was not able to naturally produce milk. For those wondering why Jennifer quit work, she needed the time out to "dry feed" Brad every two hours. The act convinced her body that she had a child who needed feeding and therefore encouraged it to produce milk, apparently. The couple is not into roleplaying. "We don’t play the role play where I dress up in diapers or bibs or pacifiers… none of that," he said.

Jennifer told The Sun, “I’ve taken a break from my job because I want to devote everything to making this work." If Brad is not around she uses a pump or her hand to trick her body into thinking someone is feeding. She also depends on herbal items to get the milk to flow. She says she drinks Mother’s Milk Tea – a herbal drink which is said to imitate female hormones and increase or maintain milk supply – three times a day. She is also taking a herbal pill, Lactiful, and has added oatmeal and flax seeds to her diet which is said to help milk supply.

"Brad goes to the gym because it makes him feel good about himself knowing he is shape and living a healthy lifestyle. He also tells me all the time that he does it for me because he wants other women to feel jealous of what I have,” said Jennifer. “He is a real alpha male but behind closed doors this relationship lets him put his guard down, be submissive and allow himself to be loved 100 percent. I’ll never say never but I love the time we spend nursing alone. It’s our time away from the rest of the world and I look forward to every feed.” “We are content with what we’ve got, but I can’t wait to be Mrs Leeson one day.” Jennifer has a 20-year-old daughter who she breastfed for eight months“I can still remember the connection I felt with her as I held her and she fed. It’s something I will never forget.”