Woman Was Raped On A Pennsylvania Train, Fellow Passengers Watched And Did Nothing, Says Police

"I'm appalled by those who did nothing to help this woman," said Superintendent of the Upper Darby Township Police Department Timothy Bernhardt. 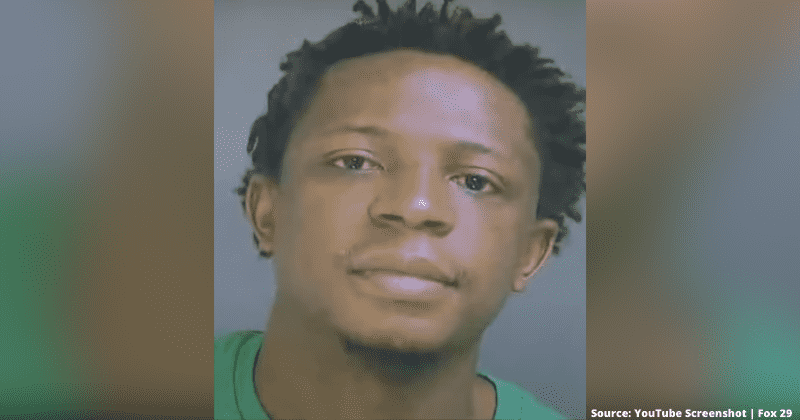 In a shocking incident, a woman was allegedly molested on a Southeastern Pennsylvania Transportation Authority train while bystanders watched but did nothing to stop it. The disturbing incident, which happened on Wednesday, October 13, near Philadelphia, was reportedly captured on surveillance camera, the footage of which is being reviewed by authorities, revealed Superintendent of the Upper Darby Township Police Department Timothy Bernhardt, which speaking to The New York Times. Describing the alleged assault as a "horrendous criminal act," SEPTA urged "anyone who observes a crime being committed or any dangerous situation occurring to report it."

This is sickening. The fact that this lasted EIGHT minutes on a public train with bystanders who did NOTHING, AND reportedly some even decided to take video, is absolutely abhorrent. There are just no words for this. Our thoughts are with this survivor. https://t.co/fRbIWP14yT

SEPTA spokesman Andrew Busch said that police identified the suspect as Fiston Ngoy, who allegedly sat down right next to the woman on the train which was traveling westbound on the Market-Frankford Line at around 10 p.m. As the train headed towards the 69th Street Transportation Center, Ngoy allegedly tried to touch her. The woman immediately pushed him off and tried to stop him but "then, unfortunately, he proceeded to rip her clothes off," said Busch. The assault latest eight minutes according to authorities but none of the passengers aboard the train attempted to stop the alleged attack.

Bernhardt shared that there were multiple passengers aboard the train car when the alleged attack took place. Although there weren't "dozens of people" at the time there were enough riders that "collectively, they could have gotten together and done something," added Bernhardt. After watching the surveillance footage from the train car, he noted that passengers could have intervened to stop the alleged assault. Investigators said that some bystanders may have recorded the attack but the reports have not been confirmed by police yet.

A man raped a woman in a train carriage with other passengers present and no one tried to stop him.

The rape is on the train CCTV. They also think the passengers filmed it on their phones instead of calling 911 or intervening.

Bernhardt explained that if any of the passengers recorded the assault then they could be charged criminally for their actions. But that decision would be completely up to the Delaware County district attorney’s office that will reach a decision after police finish their investigation and submit their findings. The charges are not yet clear and Bernhardt said he did not wish to speculate. Now Pennsylvania does not have a good Samaritan law and this would make it "very difficult to bring charges against those" who witnessed the attack but did not do anything to help the victim, said Bernhardt.

"I'm appalled by those who did nothing to help this woman," he said. "Anybody that was on that train has to look in the mirror and ask why they didn't intervene or why they didn't do something." The assault finally ended when a transportation authority employee boarded the train and eventually reported the matter to the police. " [A] police officer ran onto the train and caught this man in the act and took him into custody," said Busch. The woman was then transported to a hospital where she told authorities what had happened. "What this woman endured at the hands of this guy, what she’s been able to provide for us, it’s been unbelievable," noted Bernhardt.

Criminologist Alexis Piquero at the University of Miami said that there are many possible reasons why the bystanders did not intervene, including fear of retaliation and the hope that someone else will step in to help. "The onus is really on us as a collective because we can’t always rely on the police. We have to rely on one another," said Piquero. By expecting that someone other than ourselves would help, "we’re basically washing our hands and absolving ourselves of that responsibility," he added. "We need a world where people are doing the right thing when you see someone assaulted."

As for the suspect, authorities said that Ngoy is a homeless man who was not armed during the attack. In a statement, Busch confirmed that the 35-year-old has been charged with rape, indecent assault, and related offenses. Ngoy is currently being held at Delaware County Jail on a $180,000 bail. The Upper Darby Township Police Department which is the lead agency in the criminal investigation is yet to comment on the case.