During one of her live streams in September 2020, the mother-of-two died a painful death while at her father's home in Ngawa. 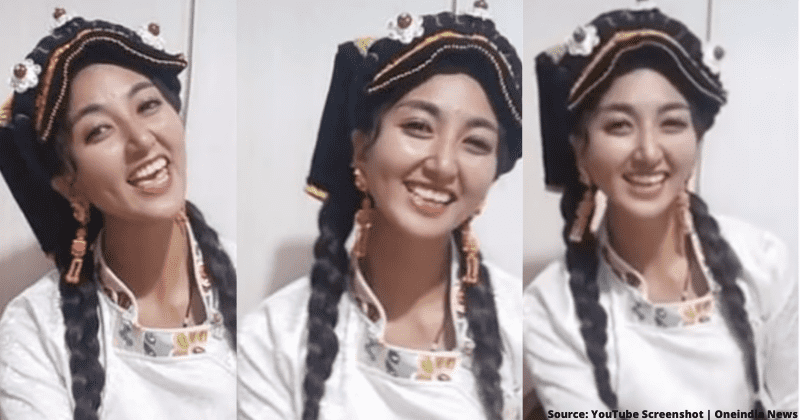 Trigger Warning: This story contains graphic details of domestic abuse and murder that may be disturbing to some readers

A man in China was given a death sentence after he set his former wife on fire while she was live-streaming on a TikTok-equivalent social medium Douyin. The victim, 30-year-old Lhamo, mostly lived outdoors and shared videos of herself singing, cooking, and picking herbs in the mountains surrounding her village. During one of her live streams in September 2020, the mother-of-two died a painful death while at her father's home in Ngawa (or Aba) which is situated in the southwestern province of Sichuan. According to VICE, her ex-husband, Tang Lu, doused her in gasoline before setting her on fire while she was still alive.

The case immediately caused massive outrage in the country as the public began speaking out about domestic violence against women prevalent in the country. When reports of the murder began circulating in media, women in China were left infuriated especially after they learned that Lhamo, a Tibetan woman, had been subjected to frequent beatings since she married Tang a few years ago. Apparently, she even called the police on two occasions but they refused to interfere saying it was a "family matter" revealed her older sister.

Wrote about Lhamo’s tragic story last year. Her ex-husband was sentenced to death this week. Authorities said justice had been served, making no mention of police’s failure to respond to her multiple domestic violence reports before she was burned to deathhttps://t.co/vBPGDCAMdC

In June, the couple finally divorced but Tang wanted to remarry Lhamo. After being rejected, he decided to burn her alive on the night of September 14 out of resentment, read the statement released by the court in Ngawa. Announcing the judgment on Thursday, the court explained that the sheer brutality of Tang's crime and its "extremely bad" social impact led to the decision of a death sentence. Lhamo’s clips uploaded on Douyin were widely shared after her death as people paid tributes and demanded the government to provide more protection for women against abuse from their intimate partners.

In China, capital punishment is well supported by the public for those who commit serious crimes. Although this strict penalty has been protested by human rights groups, the country is believed to hand out the most death sentences (the exact number is not known) in the world. In Tang cases too the death penalty has been welcomed by people who took showed their support on Chinese social media. Many women hoped that this verdict would dissuade people from abusing their partners. They also hoped that it would set an example for future rulings concerning intimate partner violence which otherwise sees the culprit being let off with lenient punishments under China’s patriarchal culture.

Mr. Tang poured gasoline on Ms. Lhamo and set her on fire as she was livestreaming. She had tried to divorce him for the third time.

Her case sparked outrage in China over the government's lack of protections for women fleeing domestic violence.https://t.co/eXXx5SJ88Q

There were many who also pointed fingers at law enforcement for failing to do anything when Lhamo first reported her husband's violent behavior towards her. "No matter how hard you work, as long as the society sees you as men’s belongings and family assets, you will not be able to change your fate," wrote one person on China's Twitter-equivalent microblogging site Weibo. Over the course of a few years, there has been a rising awareness around women’s rights in China which is now putting more pressure on lawmakers to address cases of domestic violence.

In July 2020, a man was detained for murdering and dismembering his wife after a family dispute.

As for Lhamo's family, they are mourning her death and her sister Dolma has since taken over Lhamo's account to provide updates. On the first anniversary of Lhamo's death last month, she posted a video of launching lanterns into the sky. "I will protect the people you worry about and love. I will make our dreams come true," she wrote in the emotional post. "In our next life I will be your older brother and protect you."

Her abuse was a ‘Family Matter,’ until it went live that has shocked China. Public outrage has helped some get justice, including a woman was denied a divorce until she posted video evidence of her abuse. But for many women like Ms. Lhamo it comes too late.https://t.co/seXBFicR8x pic.twitter.com/MhddQ6Xv3J