Woman Who 'Died' For 27 Minutes Survives, Then Scribbles 'It's Real' Claiming She Saw Heaven

Tina Hines was resuscitated six times before getting to the hospital and claimed to have seen the gates of heaven and Jesus standing in front of it. 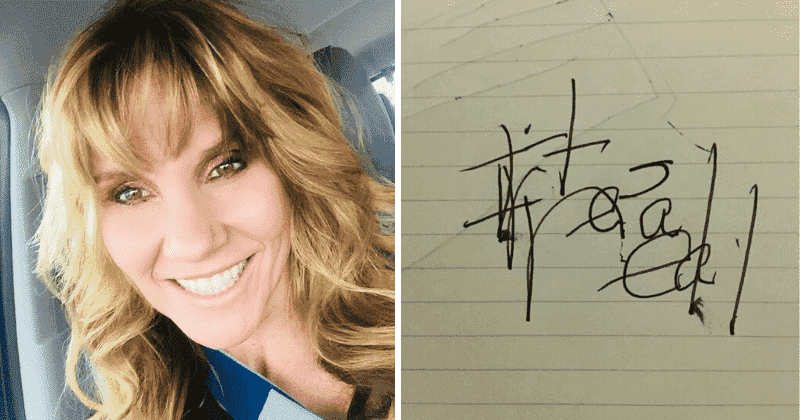 Nobody knows for sure what comes after death. There has only been religious speculation about life after death. Some religions state that good people go to heaven and bad people go to hell while other religions believe that you will be reborn according to how you lived your current life. There is no way to know for sure if there is any credibility to these beliefs. Only when our time comes, we'll know what actually happens once we breathe our last on Earth.

On the other hand, there have been people who briefly died and were brought back to life who claim to have seen the afterlife. And according to one woman, she actually saw what heaven looks like.

Tina Hines and her husband Brian were out for a hike in Phoenix, Arizona. All of a sudden, Tina dropped to the ground. Before this, she was in perfect health, would work out regularly, and also followed a healthy diet. So when she fell down after her heart stopped beating, it just did not make any sense. "Her eyes didn’t close, and they were rolled back in her head. She was purple and not making any noise or breathing," her husband told AZ Family. He was quick to think on his feet and revived her by giving her CPR. But it was not effective since her heart stopped beating again.

This is too much 😱

"Tina Hines, who could barely speak, reached out for the notebook and immediately scribbled down a message."https://t.co/S8HpSLCTbG

By now the paramedics had arrived and brought her back to life again only for her to code. She was resuscitated six times before getting to the hospital. She was going through cardiac arrest and was dead for a total of 27 minutes. Finally, when she was brought back to life for good, the first thing Tina asked for was a pen and paper. She took the pen in her hand and scribbled on the paper, "It's real." When her worried family asked her what she meant, Tina, who was still recovering, gestured her head towards the sky, according to The Sun.

"It was so real, the colors were so vibrant," recalled Tina. She says she also saw the black gates and Jesus standing in front of them, with a bright yellow glow behind him. Her story left a deep impression on not only her family members but also the emergency responders. "We ended up shocking her three times on scene and two en route," one Phoenix firefighter stated. "I’ve never shocked anyone five times." Another one said, "It’s one of those calls that none of us will ever forget. I was a witness to a miracle is the way I look at it." Her niece even got Tina's, "It's real," scribble tattooed on her arm.

To be sure, there is a scientific explanation for what Tina Hines experienced. Based on the research titled Surge of neurophysiological coherence and connectivity in the dying brain, lead author of the study, Dr. Jimo Borjigin, of the University of Michigan, stated, "A lot of people thought that the brain after clinical death was inactive or hypoactive, with less activity than the waking state, and we show that is definitely not the case." Speaking to BBC she said, "If anything, it is much more active during the dying process than even the waking state."

Calling it the brain's "last hurrah", Borjigin stated that near-death experiences have been very similar all over the world. "This can give us a framework to begin to explain these," she said of the fact that humans see visions, have out-of-the-body experiences, and see their lives flashing before their eyes. "The fact they see light perhaps indicates the visual cortex in the brain is highly activated - and we have evidence to suggest this might be the case because we have seen increased gamma in area of the brain that is right on top of the visual cortex," she explained. If anything, Tina Hines was seeing the heaven she was socialized with all her life in the moments her brain was charged up.