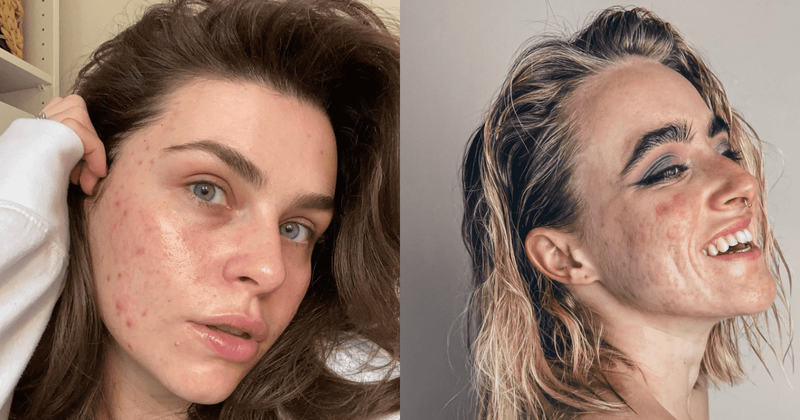 Filters on social media are a lot of fun to play around with but they're also highly misleading. More and more impressionable youngsters (and let's face it, adults as well) are finding it difficult to post pictures of themselves without filters. In fact, a survey, carried out by Girlguiding, found a third of girls and young women will not post selfies online without using a filter. Thirty-nine percent of the 1,473 respondents, between the ages of 11 and 21, said they felt upset over their natural appearance when compared to their online one. Even how cosmetic products are advertised online is affecting people and their self-worth. Instagram influencers are now taking a stand against such misleading ads.

What a sad, sad story. The unnecessary pressure on particularly the young, is so very wrong. This is an important campaign! BBC News - Instagram photo filters targeted by model's #filterdrop campaignhttps://t.co/AyxGYNEgVn

Makeup artist Sasha Louise Pallari started the now-viral #FilterDrop campaign encouraging other women to post their natural faces. It later blew up to tackle unrealistic beauty standards put forth by paid ads. "I just thought, 'does anybody realize how dangerous this is?'" she said, according to the BBC, recalling the time she spotted a global beauty brand that had reposted filtered content from an influencer advertising its products. She added, "I don't want children to grow up thinking they are not good enough because of what they see on social media."

The response to her trend has been huge with a lot of people sharing their own natural, filter-free pictures. "To see a realistic and honest thread of photos was just phenomenal," Pallari said. She is asking others to post unfiltered photos to their Instagram accounts and to "value who they are above what they look like". "We just don't see enough normal skin," she said. "For me, it's no issue putting up a photo with no make-up on, and not using a filter, but for some of these women who have done it… well, one said it was scarier than having a baby." According to Bored Panda, Pallari even submitted a complaint to the Advertising Standards Authority (ASA) in the UK and heard back!  ASA has ruled against advertisements that “misleadingly exaggerated the effect the product was capable of achieving.”  How incredible is that? Have a look at some incredible people showing off their stunning, natural, filter-free looks below!