Women Are Embracing Their Natural Gray Hair With Stunning Transformations

No muss, no fuss, Jack Martin's low-maintenancd transformations are beyond beautiful. 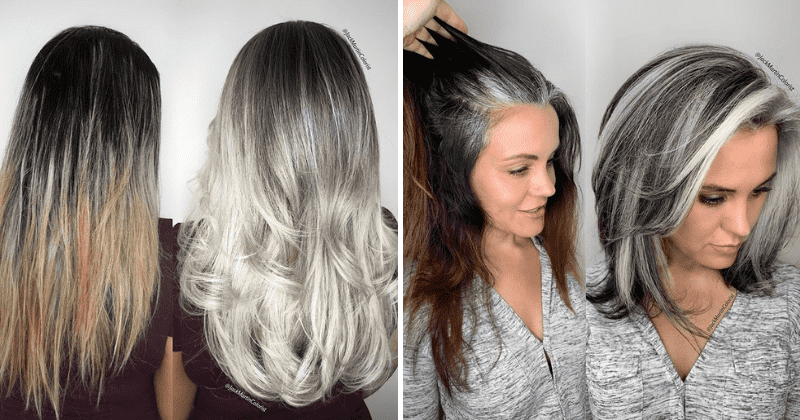 Dyeing one's hair is usually done for two reasons—either someone wants to try some real funky style and highlights and the other being when someone wants to rid themselves of gray or white hair. However, there are also those who embrace their natural hair color and style and one of them was a woman who walked into a rather special salon in California. Stylist Jack Martin was asked to find a solution for the woman's dilemma. She had been dyeing her hair from gray to brown with an at-home box color every 3-4 weeks for years but didn't want to worry about it that often. After discussing some ideas, they decided to dye her hair silver, which would add on to her natural gray hue, making it look more polished. This way the woman wouldn't need to visit salons often and she loved it after the work was all done. After posting the transformation on Instagram, many people were impressed and Martin began receiving several requests to do the same. "My clients with naturally gray hair come two or three times a year, instead of every few weeks," Martin told Allure. "Some clients have salt and pepper mostly in the front and the back is darker, so I match that and add some darkness to it," Martin said. And just like that, about ten hours later, clients leave his salon enjoying the blend of their natural hue. Check out some of his gorgeous transformations: