She and her husband, Jerry Robinson, were arrested. They are presently at the Greenville County Detention Center. 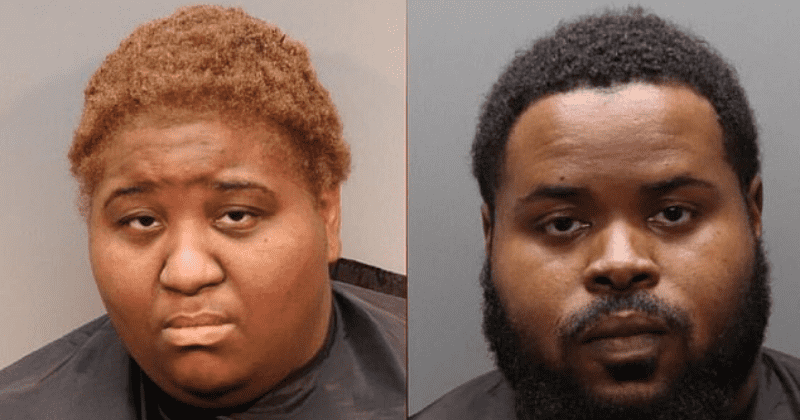 Trigger Warning; The story has details of a child homicide that readers may find disturbing

Ariel Robinson, 29, a former winner of the reality show, Worst Cooks In America, and her husband have been arrested for the death of their foster child. Robinson and her husband, Jerry Robinson, 34, are presently jailed at the Greenville County Detention Center without bond and charged with homicide by child abuse. The Black couple has two children of their own but took in the victim, a White girl named Victoria Smith, 3, and her two brothers as foster children. The two boys were not harmed. Police reached the couple's house at Simpsonville in South Carolina on Thursday last week about an unresponsive girl. Smith was then taken to a hospital but died a few hours later. The cause of death was attributed to multiple blunt force injuries by the Greenville County Coroner's Office reports Fox News.

The Food Network removed Season 20 of the Worst Cooks in America after the winner was arrested for homicide. Ariel Robinson and her husband Jerry Robinson are accused of killing their foster daughter. #TheMorningGrindWIthShayAndShyne https://t.co/h3vgi3tZBm

The arrest warrants stated the injuries were inflicted on the child by her foster parents. The Food Network stated it will scrap the content of season 20 that featured Ariel. It was aired last year according to Deadline. Ariel reportedly won $25,000 from the show that requires participants with poor cooking skills to compete with each other. On social media, Ariel constantly harped about her family being a happy one, reports Daily Mail. Days before the incident, Ariel had written: "In my house, my black children get treated the same as my white children, and my white children get treated the same as my black children. It's a shame that when they go out into the real world, that won't be the case. It's a shame that as a proud mom to 4 beautiful boys, I can't protect them from the reality and evil of this world once they leave the house. However, I will fight and use my voice to make a difference. To bring awareness and change so that one day, that change will come"

Jesus that's horrible thank goodness the Food Network didn't cancel Worst Cooks In America as Season 21 is still planned to air they just pulled last season which is the right thing to do in this case.

In another post, she wrote, "I will never have to worry about my white sons and that makes me happy. What makes me sad is that every worry I don't have for them will be multiplied for my black sons. Until this is fixed, we are NOT the USA we can be. Justice, fairness & equality for all!"

According to Greenville News, the victim's biological family said the "system failed them." Stacey Phares, Smith's great-aunt said she last saw Smith and her brothers in February 2020 when they left to stay with the Robinsons. She said, "As a family, we feel like the system failed. We trusted the system." She remembered her Smith as a "bubbly" girl and noted that "She was sassy and so smart."

Natasha Halbig, a friend of Ariel Robinson who also met Smith said the girl loved to dress up and liked to have her nails and hair done. "Just like any little princess would. She was just so full of love — full of life and laughter," she said. Ariel was a former ELA (English Language Art) teacher but following the alleged crime, her educator certificate was suspended by the South Carolina Board of Education. In a statement, the board said, "The SCDE (South Carolina Department of Education) has reason to believe that, due to the serious nature of these allegations of misconduct, Ms. Robinson may pose a threat to the health, safety, and welfare of students, who may be under her instruction and that emergency action is required."

It added. "After considering the evidence presented by the SCDE, the Chair of the State Board finds that Ms. Robinson’s educator certificate shall be summarily suspended until a due process hearing is held and/or this matter is otherwise resolved."

Per Fox News, the South Carolina Department of Social Services is investigating the case and were "taking appropriate action with any children remaining in the home after evaluating safety and risk."