trending celebrity people lifestyle news animals
Firefighter Responds To Dispatch Call To His Own Home. His Wife Dies In Blaze

Firefighter Responds To Dispatch Call To His Own Home. His Wife Dies In Blaze

When Corey Logan and his colleague arrived at the scene, the colleague noted that it was already "too late" to save Logan's wife. 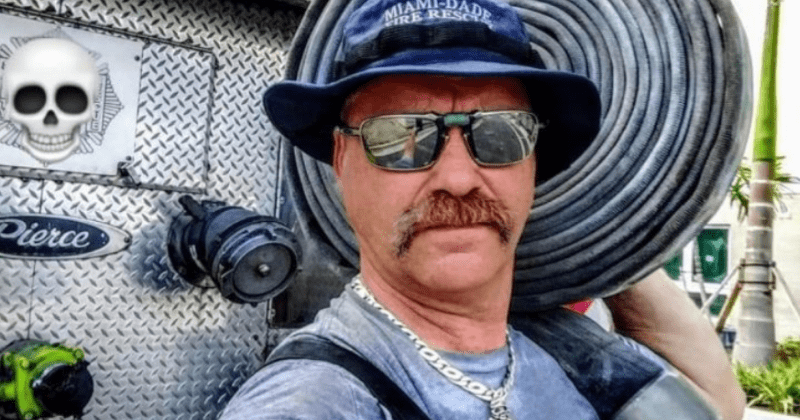 In a tragic incident, a firefighter in Miami had to experience the worst nightmare of his life - finding his wife dead in a fire at their own home.  In a dispatch call he responded to last week, Corey Logan found out that a fire had broken out at his own home and killed his wife. His life has changed forever after the devastating event that took place on Nov. 10, according to a GoFundMe page set up by the Miami-Dade Fire Rescue Driver/Operator's colleague, Christopher Morales.

My thoughts are with Firefighter Corey Logan, his loved ones, and the entire @MiamiDadeFire family. I pray you all may find some peace during this difficult time. https://t.co/LtO6LyQtEP

"This is a fireman's worst nightmare!" Morales wrote on the fundraiser page. "Not only did he show up first to his house burning, but also lost the love of his life as a result of the fire, as well. His whole world has been flipped upside down and he needs our help! I am asking for any and everyone who can to help our brother in this tragic time," Morales continued. "He will need help with everything to get his life and family’s life back together." According to Morales, he and Logan were working their overtime shift together when the incident took place.  "Shortly after lunch, Corey's life changed in a heartbeat," he recalled. "Corey received a Ring notification on his phone, which showed a neighbor frantically banging on his front door, which led him to believe something was wrong at his house."

An unimaginable tragedy. My heart and prayers are with veteran Miami-Dade firefighter Corey Logan – a true hero who has worked for two decades to keep us safe – and the entire @MiamiDadeFire family. Our community grieves and stands with you.https://t.co/efRUXoYMRT

Logan had begun to grow deeply concerned because he knew his wife "many medical conditions", the GoFundMe page stated. The firefighter was her primary caretaker and his absence at the home may have had severe consequences. "Every day not at the firehouse, he was taking care of her like no other," Morales explained, noting that they decided to use a truck to go to his house to ensure that everything was okay. It wasn't until they were a couple of minutes out that Morales said the pair received a dispatch call about a house fire at Logan's address. "He knew it immediately," Morales recalled. "Unfortunately, when we arrived, we had the worst-case scenario.  There [were] heavy smoke and fire coming from his house with his wife inside."

We thank you for your patience and cooperation as we are focusing on supporting our firefighter and their family. If you'd like to help, you can donate to the GoFundMe page created to assist the Logan family: https://t.co/ebuJ3Z1CQY

These were seasoned firefighters and not amateurs, so they did their job to the best of their ability. They extinguished the flames and searched the house as quickly as they could. Unfortunately, Morales said that the firefighters were "too late" and Logan's wife had already passed away in the fire. At that point, it was still unclear if any other family members were inside the house at the time of the blaze, and whether the medical conditions of Logan's wife had played a role in her tragic death. After things unfolded, Morales set up the GoFundMe page in hopes that their community could help Logan, a longtime member of the Miami-Dade Fire Rescue team.

Firefighters helping one of their own deal with tragedy: he responded to a fire at his own house and was unable to save his wife, who died inside. Stories at 4/6/7 on @NBC6, and we’ll show you how you can help. @MiamiDadeFire pic.twitter.com/FXyyO4R7SR

"Corey has been a firefighter with Miami-Dade Fire Rescue for over 20 years with almost all of those years here at Station 6," Morales wrote. "He’s the bid in Driver on Engine 6 B shift and is the heart and soul of the station. His energy is infectious and is hands down one of the best D/O’s on the job!"  He added: "ANY donation amount will help and be appreciated to get him back on his feet as he deals with this tragedy. Please keep him and his family in your prayers as we help him navigate this unfortunate event."

Miami-Dade firefighter Corey Logan was working on Tuesday when he received a Ring doorbell notification on his phone, WSVN reports.​ https://t.co/Ip2Y3iagaY

Miami-Dade Fire Rescue also addressed the tragedy in a statement on Twitter, writing, "We have received many inquiries regarding a fire that #MDFR responded to yesterday in Homestead. As many of you know, the fire happened at the residence of one of our firefighters and sadly, during this fire, his wife tragically passed away." They went on to say: "On behalf of the #MDFR family, we thank everyone for their outpouring support and their condolences. At this time, out of respect for the family, we kindly ask for privacy as they are dealing with this tragic loss. We thank you for your patience and cooperation as we are focusing on supporting our firefighter and their family."

Tonight at 5 on @CBSMiami Veteran Miami-Dade firefighter speaks out about loss of wife of fellow firefighter Corey Logan who dies in fire at their house in Homestead. pic.twitter.com/cn1ZXKYY8g