You Can See Uranus Between Mars And The Moon Tonight

Get your binoculors and telescopes ready. In addition, you don't have to stay up late to view it as the Moon will set around midnight 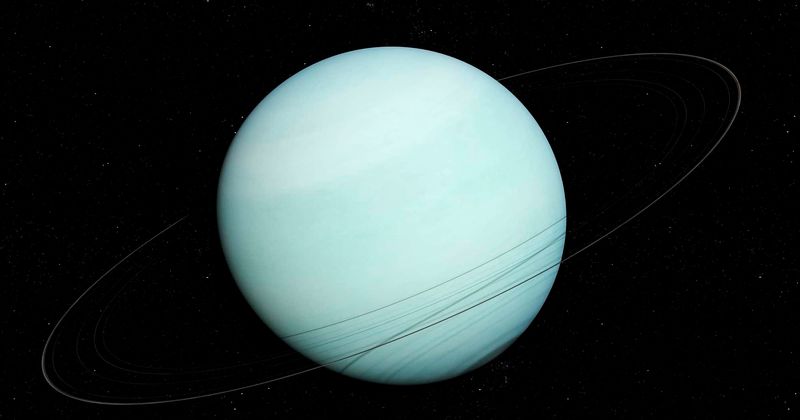 Stargazers and armchair astronomists, rejoice! An upcoming, and truly spectacular astronomical phenomena is coming your way. Mark your calendars tonight because IFL Science reports that "a waxing Moon and a bright Mars will help you to easily spot Uranus." To view this planet you need to either have a pair of binoculars or a small telescope within your reach. If you happen to live in a region where the night sky is dark enough, you could very well spot Uranus with your naked eye.

Have a good pair of binoculars? A telescope? You might be able to spot Uranus this evening!

The Gas Giant will appear to the bottom left of Mars in a single field of view with binoculars!

The best time to see it is around 7 PM but it’ll be visible until about 1:38 AM#NightSky pic.twitter.com/J5xyBivVVE

Between January 19 - 21, Mars and Uranus will be located close to each other. The Moon will be just bright enough for you to spot Uranus. IFL Science states, "Uranus will be 1.75 degrees south of Mars on January 21, which will be quite bright and visible above the Moon." NASA reports that "On the 20th, Uranus will be located right between the Moon and Mars. That evening, find the crescent Moon and the Red Planet in a couple of hours after it gets dark. Scan your way over from Mars toward the Moon, and you should be able to find the faint, bluish disk of Uranus." What's more is that you don't have to wake up too early or stay up too late to catch this celestial event as the Moon will set around midnight.

If you happen to miss this conjection, you don't have to worry, as this two planets will still be visible for a few more weeks, however, this will be without the Moon's guidance. To know for certain, that you are looking at Uranus, do rely on a skyapp for best results. According to the Daily Mail, Axel Diaz, a Solar System Ambassador for NASA said, "People say you can't find the planet Uranus—it's very hard to find, it's very faint, it's very small. The best way to find it is to look at the moon. Look at the moon and look at Mars." Located at a distance of some 1.82 billion miles away from earth, Uranus has an atmosphere of hydrogen sulfide that smells like rotten-eggs. NASA sent its Voyager 2 spacecraft back in 1986 and that's about the only contact we've had with the planet so far. "If an unfortunate human were ever to descend through Uranus' clouds, they would be met with very unpleasant and odiferous conditions," according to Patrick Irwin, an astronomer.

The Moon, Mars, Uranus to 'meet' in the southern sky over the next few nights. The best viewing tonight, the two planets make a close approach along the southwest horizon. Next up, Mercury will become visible in the night sky on January 23. pic.twitter.com/qVGfaqubvx

NASA added that "more recent telescope views have revealed the active atmosphere beneath its hazy, blue exterior, scientists are eager to one day return for a closer look." But what they know is that the planet is also surrounded by magnetic bubbles for about 127,000 miles by 250,000 miles. This is around 15 to 55 percent of Uranus' atmosphere. Along with Uranus, NASA notes that people can also catch a glimpse of Mercury during the last two weeks of this month. "You'll need a clear view toward the west, as Mercury will appear just a few degrees above the horizon," it explained. In February, get ready to also see Venus and Jupiter reports IFL Science. On February 11, these two planets will be very close to each other and among the brightest objects in the night sky. The best time to see it is about half an hour before dawn, looking towards the eastern part of the sky.